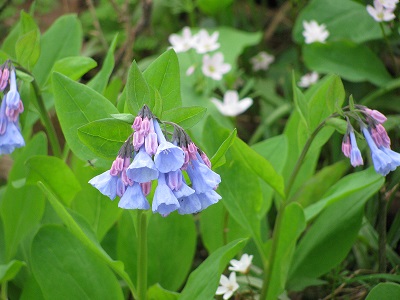 As my church is reading through the New Testament together, I’m using this opportunity to stop and point out some passages that look different when you read them from the perspective of a Universalist.

When I first realized that the great author George MacDonald, who loved the Bible and studied the original Greek, claimed the Bible teaches that all will be saved, I wondered how he could think that, since the Bible doesn’t teach it. Or does it? Once I actually looked at Scripture, I began to think differently.

Today’s passage was John 3:16-21. It’s a passage that both Universalists and non-Universalists can use, so I’m not going to try to argue for Universalism with this passage, but I do want to point out how it looks just a little different from this perspective. I found some new richness I didn’t expect. It also touches on several themes found elsewhere in the writings of John.

Beginning with verse 14, here’s how it goes in the New International Version:

Just as Moses lifted up the snake in the wilderness, so the Son of Man must be lifted up, that everyone who believes may have eternal life in him.

For God so loved the world that he gave his one and only Son, that whoever believes in him shall not perish but have eternal life. For God did not send his Son into the world to condemn the world, but to save the world through him.

Now, as a universalist, I wish the passage stopped there. See that? God loved the world and sent his Son to save the world! If the whole world is not saved, did God fail?

But the passage does continue.

Whoever believes in him is not condemned, but whoever does not believe stands condemned already because they have not believed in the name of God’s one and only Son. This is the verdict: Light has come into the world, but people loved darkness instead of light because their deeds were evil. Everyone who does evil hates the light, and will not come into the light for fear that their deeds will be exposed. But whoever lives by the truth comes into the light, so that it may be seen plainly that what they have done has been done in the sight of God.

Okay, there’s judgment in this passage.

But you know what? It mentions condemnation, which can be translated as judgment – but it does not say that those who are judged will be tormented in hell forever and ever.

And do notice that it’s not that God is angry with people. God loves the world. But so many hate the light and are afraid to come into the light. It’s not that God can’t look on sin. It’s that sinful people don’t want to be seen.

Two things I’m sure of from this passage:

1) God loves everyone in the world.

2) There will be judgment. My view is that after death we’ll be brought into the light, like it or not.

I’ve said all along that I’m a universalist who believes in hell. But I do not believe that hell lasts forever. And like all of God’s chastisement, it’s for correction, not retribution. This means it has to come to an end.

The word translated “eternal” here is that same word “eonian,” “of the eons,” “of the ages.” It doesn’t indicate a definite time period, and it may indicate an enduring, deep quality.

John himself seems to use it to talk about the type, the quality of life in John 17:3:

Now this is eternal life: that they know you, the only true God, and Jesus Christ, whom you have sent.

Mind you, I’m definitely not saying that Christians won’t live forever! I believe we will. But I’m not sure if that’s John’s focus here.

And what does he mean by “perish”? It certainly doesn’t say anything about everlasting torment.

It’s interesting to look at the Concordant Literal New Testament translation of this passage. The Concordant Literal New Testament is the closest you can get to the original Greek, peppered with symbols to indicate the verb tenses. They use one English word for each Greek word used, the better to be clear about what was actually written in the original language.

For thus God loves the world, so that He gives His only-begotten Son, that everyone who is believing in Him should not be perishing, but may be having life eonian.

What’s interesting to me about that is that it’s present tense. The passage isn’t saying, “This will save you from going to hell when you die.” Instead it’s saying, “You’re perishing right now, and believing in the Son will give you life eonian right now.”

In fact, that fits with the illustration of Moses and the snake in the desert. The story goes that the Israelites had been struck with a plague and they were dying. But when they looked up and saw the bronze snake that Moses had put on a pole – they stopped dying.

Even so, Jesus stops the perishing that we’re doing right now.

To me, this fits with what Jesus told Martha at the tomb of her brother Lazarus in John 11:25-26. Here’s the Concordant Literal translation of that verse:

Jesus said to her, “I am the Resurrection and the Life. He who is believing in Me, even if he should be dying, shall be living. And everyone who is living and believing in Me, should by no means be dying for the eon. Are you believing this?”

Again, it’s all present tense – and seems to be talking about something deeper than physical life and death, especially since Lazarus was physically dead at this time.

Now, the book of John is very clear that judgment is coming after death. We’ll talk about that when we get to John 5. But here there’s something going on in the present. Jesus can save you from the fact that you are perishing right now.

It also has to do, I think, with becoming a child of God. This is a huge theme in both the Gospel of John and the epistles of John. And in this chapter, Jesus just told Nicodemus, “Very truly I tell you, no one can see the kingdom of God unless they are born again.”

This ties with what’s said in the passage we’ve already looked at. You’re perishing right now, in this life. You need a whole new life. Which means you need to be born again, “of water and the Spirit,” “born from above.”

This fits with the idea of becoming children of God.

John introduced this theme in his very first chapter, in verse 12:

Yet to all who did receive him, to those who believed in his name, he gave the right to become children of God – children born not of natural descent, nor of human decision or a husband’s will, but born of God.

Then we hear more about being born of God here in John 3.

In John 8, we get the negative side of that. The Pharisees say that God is their Father, and Jesus responds harshly:

If God were your Father, you would love me, for I have come here from God. I have not come on my own; God sent me. Why is my language not clear to you? Because you are unable to hear what I say. You belong to your father, the devil, and you want to carry out your father’s desires. He was a murderer from the beginning, not holding to the truth, for there is no truth in him. When he lies, he speaks his native language, for he is a liar and the father of lies. Yet because I tell the truth, you do not believe me! Can any of you prove me guilty of sin? If I am telling the truth, why don’t you believe me? Whoever belongs to God hears what God says. The reason you do not hear is that you do not belong to God.

John repeats this idea in I John 3 –

See what great love the Father has lavished on us, that we should be called children of God! And that is what we are! The reason the world does not know us is that it did not know him. Dear friends, now we are children of God, and what we will be has not yet been made known. But we know that when Christ appears, we shall be like him, for we shall see him as he is. All who have this hope in him purify themselves, just as he is pure.

Everyone who sins breaks the law; in fact, sin is lawlessness. But you know that he appeared so that he might take away our sins. And in him is no sin. No one who lives in him keeps on sinning. No one who continues to sin has either seen him or known him.

Dear children, do not let anyone lead you astray. The one who does what is right is righteous, just as he is righteous. The one who does what is sinful is of the devil, because the devil has been sinning from the beginning. The reason the Son of God appeared was to destroy the devil’s work. No one who is born of God will continue to sin, because God’s seed remains in them; they cannot go on sinning, because they have been born of God. This is how we know who the children of God are and who the children of the devil are: Anyone who does not do what is right is not a God’s child, nor is anyone who does not love their brother and sister.

So becoming God’s child changes our very being! We become someone different and someone who acts differently. It changes the quality of our lives. And we are no longer perishing.

I’ve strayed very far afield! But back to John 3:16. Let’s remember that God loves the world. And the reason Jesus came was not to judge the world but to save it. And when we believe in Him, we become God’s child. We are no longer perishing, and we have life eonian, which is to know God. We become His child and His life permeates our being.

And as a universalist, my great hope is that God’s desire will not be thwarted, that even though many will not believe, will love darkness instead of light – God will triumph and by the end of the ages, all humanity will have turned to the light.

But meanwhile, how great is the love the Father has lavished on us, that we should be called children of God!