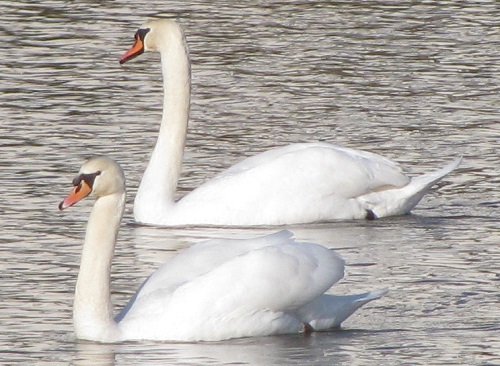 I’m writing a blog series called Transcending: They’ll Know Us By Our Love about what the Bible says about how Christians should act toward LGBTQ folks, beginning with transgender people.

In The Situation, I talked about why this is personal for me. In Creation, I looked at transgender people in the light of the creation account. Transgender people completely agree that God created them male and female (if they believe in God). They are not attempting to change their gender, but are changing their appearance and/or their bodies to match the gender God created them to be. This is what they say they are doing.

Now let’s look at the science. I’m going to refer to the Endocrine Society’s website. The Endocrine Society is a professional association of doctors. Yes, they deal with transgender patients, but there are many other disorders they treat as well. They don’t need to convince people it’s okay to be transgender in order to drum up business. They have no motivation to distort the science. They would want to give good care to their patients. They are dedicated to treating hormone disorders and advancing hormone research.

In September 2017, the Endocrine Society came out with a position statement about transgender people.

The key sentence in that document is this: “Considerable scientific evidence has emerged demonstrating a durable biological element underlying gender identity.”

What does that mean in plain English? We’ve got lots of scientific evidence that people’s bodies determine their gender, that you are born with a gender.

It’s durable — people don’t change their minds about this on a whim. It’s biological — something people are born with, and it has to do with their physical bodies.

Hallelujah! That matches what it says in the Bible, that God creates us male or female.

However, while the Endocrine Society is sure there is a durable biological element to gender identity, they have not yet determined a way to figure out what that gender is from outside a person’s body. It does not always match external genitalia and it does not always match chromosomes. In press releases they say that gender does exist in our bodies, but it’s located between our ears rather than between our legs.

Hallelujah! That matches what transgender people tell us about themselves.

They list four disparate areas of research that back up this claim.

First are studies of intersex people. Attempts to change gender identity in intersex patients to match external genitalia or chromosomes are typically unsuccessful.

The second area is studies of twins. Identical twins are more likely to both experience transgender identity than fraternal twins, indicating a good chance there are genetic factors.

The third area had to do with exposure to androgens in utero, which seems to affect gender identity.

The fourth area had to do with certain brain scans, which seemed to correlate more closely with gender identity than with external genitalia or chromosomes.

Those four areas of study are all very different – but they all back up what transgender people say about themselves, that their gender is not what it appears to be.

The Endocrine Society points out that this claim does not make them mentally ill. There is “considerable evidence” that being transgender is not a mental disorder.

Fortunately or unfortunately, scientists have not yet pinpointed how to tell from outside a body what a person’s gender is. You still have to ask the person themselves.

Maybe we should believe them when they answer.