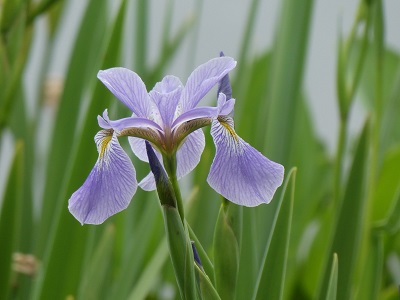 It’s been a long time since I’ve written a post in my series Transcending: They’ll Know Us By Our Love. This series is about why I believe the Bible does not support churches excluding LGBTQ people in general and transgender people in particular. And when I say “exclude,” I mean from membership and leadership, not simply from attending. Few churches exclude any sinner from attending their services, but many have rules about who can be a member or who can be in leadership.

I wrote the series when I was still hoping to change minds and hearts at Gateway Community Church in South Riding, Virginia, where I had been a member for thirteen years. I’d felt tremendously loved and cared for there. But in 2019, they voted in favor of a “Christian Living Statement” that essentially states that LGBTQ people are sinning if they live out who they are.

Although I understand where in the Bible they get the disapproval of same-sex marriage, I do not agree with that interpretation. To this day, I do not at all understand where in the Bible they get their disapproval of transgender people having surgery or taking hormones to make their gender expression match their identity. They have to seriously stretch their interpretation out of recognition and take verses out of context to do so. But that’s what this series is about, so read the other posts if you’d like elaboration on that.

Today I want to talk about a Bible passage I’d never realized has a modern application. Full credit for noticing this passage to Rev. Tom Berlin, senior pastor at Floris United Methodist Church, the church I attend now. Last week, he preached a sermon on “Responding with Justice,” and used the text Numbers 27:1-11.

The story is one I’ve read before any time I read the Old Testament, but passed over as a kind of boring detail the text mentions more than once. In Numbers, they’re dividing up the Promised Land before they even enter it, and assign different portions to different families, with fathers passing their portion on to their sons. But one man, Zelophehad, had no sons, but had five daughters. Those daughters say, “Hey, wait a minute! That’s not fair! Should our father lose his portion just because he didn’t have any sons?”

Moses took this question to the Lord, and the Lord told him to add a provision that daughters can inherit when there are no sons.

When I read this passage, in the middle of lots of details about establishing the law and dividing up the territory, I guess I thought of it as during time the law was still being developed, that it wasn’t written in stone.

But wait a minute! The law was written in stone! That’s exactly where we get the phrase!

Rev. Tom pointed out that the law that Zelophehad’s daughters said was unfair was given to them by God!

Moses could have said, “God said it; I believe it; that settles it!”

But Moses took their request to God, and God said, “What Zelophehad’s daughters are saying is right.”

And God ordered the law to be amended as a result.

As Rev. Tom said, God had the humility to change the system he had given.

Now, LGBTQ people are saying, “That’s not fair!” about rules excluding them from church membership and leadership.

Rev. Tom did not explicitly make this application, but he did encourage all of us to stand with the good questions justice raises. He encouraged us to listen well to the voices of people being told they don’t matter.

I believe this applies to LGBTQ people. If the Law written by the finger of God could be made better soon after it was written, then surely rules in the church, interpreted from the text by fallible humans, can still be made better.

And surely at the very least, we should be bringing such questions before the Lord.