I’m pretty sure I’ve mentioned this one before. But I do love it when I get to host families playing games with their kids. Today I brought my cousin’s game, Sovereign Chess, and a teenage boy and his dad showed up and really enjoyed playing it. I really enjoyed watching them. (The dad started out aggressive and came very close to winning – but then in the longer game, the son controlled many more colors and won the game.)

It just makes me so happy to provide this for our community and get to watch it happen.

I posted a quote on Sonderquotes tonight that hit the spot. 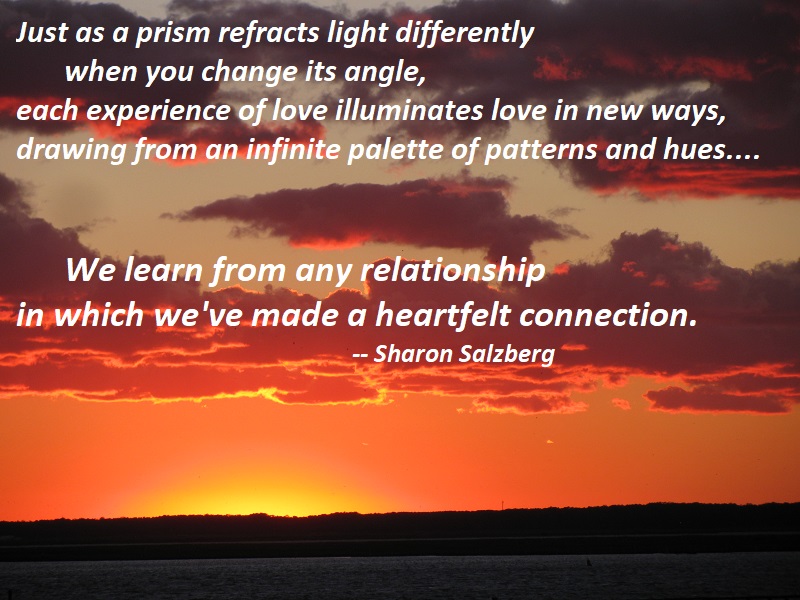 When I was married, I didn’t feel like I needed my friends as desperately as I do now. After all, I went home to my Best Friend.

I no longer have a Best Friend who lives with me – but I do have a wonderful hodge-podge of wonderful people in my life. Tonight I’m thinking of Silent Book Club and the two friends who came – one a delightful and kind storyteller, and the other a young college student who loves horror stories and drives an hour to join us.

I got to hear Michelle Obama!

My flight was delayed almost 4 hours – and I didn’t get to my hotel until it was almost time for the opening session to start. People had been lining up since before I got on the plane. But I was able to get registered and get in there by 4:20 pm – and they were still doing Opening Session things. I heard her introduced and every bit of her talk, and it was a treat all the way around.

Maybe this should be a small thing, but I felt great at ALA Annual Conference this year! No headaches, no neckaches. I was even able to get up early! (The joke was on me – I didn’t realize until my plane landed on the way home that there had been a one-hour time change in my favor.)

The fact is, I’d noticed a lot of underlying irrational fear about the conference. This was for two reasons.

The big reason was that traveling to ALA Annual Conference in New Orleans in 2011 was where I got the neck injury – a vertebral artery dissection – that caused my stroke. The stroke didn’t happen until 4 weeks later, but I had a bad headache, centered in my neck, for all of those four weeks. I am absolutely sure that carrying heavy bags of books did not help. So my associations of New Orleans had been strongly flavored with pain and fear. (So glad to have new associations!)

The second reason was that at ALA Midwinter Meeting in Denver just four months ago in February, I had started thinking maybe I didn’t really need to be careful about carrying heavy things – I hadn’t had neck pain or headaches in months. And then the first day of the conference, I overdid it lifting my carry-on into the overhead bin and lifting my heavy rolling bag up the shuttle bus steps. And the first night, I laid awake in my hotel room for hours with my neck hurting badly. Not as badly as when the stroke happened. But badly enough to keep me from sleeping and make me wonder if I should go to the ER. But I wasn’t going to do that in a strange city, and I had a Newbery meeting to go to….

(It did feel better after I got up the next day. But my neck continued hurting off and on for the next month. Then I aggravated it again and it hurt for about another month. So I’m very glad I didn’t aggravate it.)

I suppose there’s a third reason – and that’s that for most of my life, traveling – and strongly disrupting my routine – tends to give me migraines. This time I didn’t get any migraines at all, including when I had a glass of wine. (It made me tipsy instantly – I can’t hold wine at all – but did not give me a migraine.)

So I am very grateful to be feeling great the day after ALA Annual Conference in New Orleans!

I’m on my way to ALA Annual conference in New Orleans tomorrow! And one of the lovely parts of being on the Newbery committee is that my library is paying for my trip! Usually, I have to apply for a scholarship, and it doesn’t always pay for all expenses. So this is lovely, to get to go without worrying about scrimping at every turn. (Not that I’m going to be extravagant. But it’s one less worry.)

Yesterday, the Mason Experimental Geometry Lab from George Mason University did a math program at the library dealing with infinity.

It was so delightful to watch and hear the kids grasping the ideas!

I had such a nice birthday, I posted about it on Sonderjourneys.

And I had a lovely, blessed day.

And that reminded me what AWESOME staff I’m blessed with. Both of them are stellar, self-motivated, always learning and looking for ideas for even better programs and ways to serve kids.

And they are both really nice people to work with, too!

Booktalking has gone well this year!

It helped that we did the hardest one first – one hour per grade. (Most are 20-30 minutes per grade.) All the rest seemed like a piece of cake after that!

But it has also helped that I have read so very many good books, since I’m reading for the Newbery Award.

And maybe it helped that I have enough experience, I don’t worry as much about it.

And I really enjoy the two co-workers I do it with.

So it was an enjoyable time of booktalking this year – one day left tomorrow!

My Friend-since-third-grade Darlene took me out to dinner tonight for my birthday coming up this week. We don’t have to talk about anything in particular. We have a great time! It was just lovely. I’m so blessed to have such a friend.