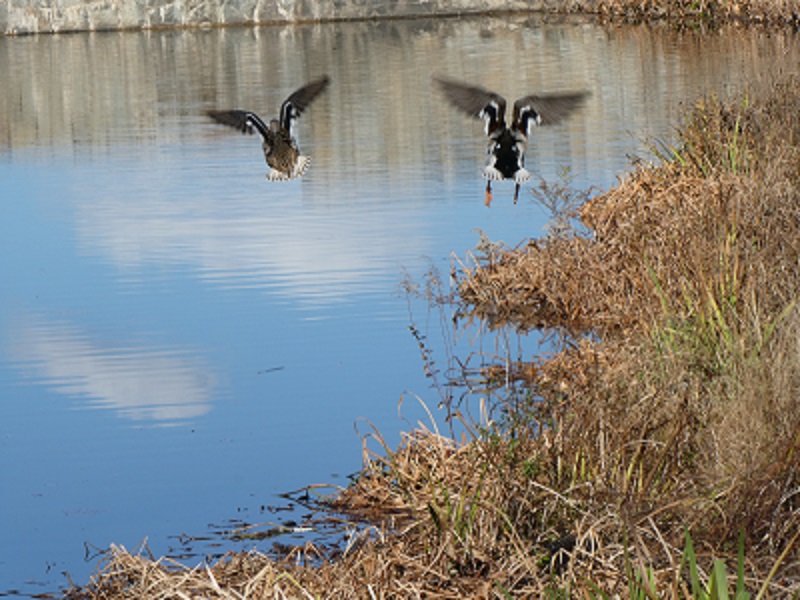 We all know the holidays this year are fraught. I live on the opposite side of the country from my family, so I don’t usually get to indulge in our big enormous wonderful Thanksgivings, which we traditionally celebrate with Hatch relatives the day after Thanksgiving.

But I have friends like family nearby in Virginia, so I usually go to one of my friends’ houses and celebrate with their family. I have two friends who live nearby whom I’ve known since 3rd grade (in California!) and celebrating with them, I never feel alone. Last year was more difficult than most, since my mother was dying, and passed two days after Thanksgiving, after many of her kids had gathered and sang hymns to her while her sister played the violin. A rainbow even came out! But I was in Virginia, and celebrated with my friend’s family who had suffered their own loss of her stepfather that year. But that was a hard Thanksgiving — and there’s no way this year wouldn’t be better.

Since I work in a public library, I figure of all my friends, I’m the most likely to pick up Covid-19. It would probably be worth it to celebrate with my friends if the only risk was that I’d catch it from them — but I would feel horrible if I gave it to them or any of their parents. So this is my year to celebrate Thanksgiving alone.

It’s also a time for reflection. First, my former father-in-law passed away the Sunday before last. So close to my parents’ deaths, that’s hard. But I started a project of compiling pictures of him that I had taken over the years. (I’ve been digitizing negatives.) Those pictures reminded me how happy I am that my kids had devoted and involved grandparents while they were growing up. (My own parents had a much bigger family and didn’t have so much attention to spare. So I loved that my husband’s parents did.)

Then yesterday happened to be the ten-year anniversary of the day my divorce was final. At that point I still didn’t want to get divorced and still hoped that somehow we would still be reconciled. But you know what? These last ten years have been good, and full of blessings. And I no longer want to go back to that marriage, even if I could.

When I thought about a menu, I decided I was hankering for roast beef. So I found a crock pot recipe on the internet. Last night, I made the homemade cream of mushroom soup it calls for (delicious!) and Chocolate Angel Pie (basically chocolate whipped cream in a meringue shell).

But this morning I didn’t set the alarm and slept late. By the time I got the ingredients thrown into the crock pot, it wasn’t going to be ready until 8:45 pm!

And then I realized: Who cares? I could have a late breakfast, a late lunch, and a late dinner, and no one at all would be upset with me. And I wouldn’t think anyone was upset with me. Later, I sat on the balcony reading and thought how nice it was to not have to hurry up and get ready to go anywhere. Yes, a solitary Thanksgiving has its own wonderful charms.

But the truly wonderful part happened on my walk.

I was taking pictures of leaves, marveling at how many beautiful ones are still out there.

While I was walking, I was praying. It’s Thanksgiving. I was thanking God for my life. I was thinking about how those ten single years have been lovely. I was counting my blessings. Thinking about the new online groups I’ve joined since the pandemic hit. Even though I’m not around family, I’ve got new friends who love and appreciate me. And life is good.

And once again, I got to thinking that maybe I should stop asking God to find a life partner. Sure I’d like to find someone before another decade goes by, but maybe I should just focus on all the good I already have in my life. After all, I’m not an easy person to match. Maybe God isn’t answering that prayer because He knows I’m happier single. Life is good, and this day has been nice not trying to please anyone but myself. 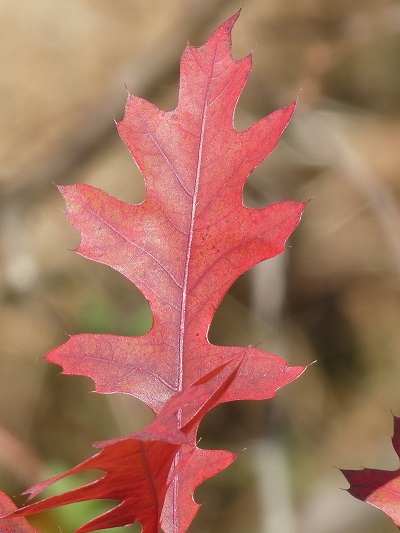 When I walked back to the lake (My walk takes me past the lake, into the woods, and then back.), I was still looking for the great blue heron who likes to come by, with no luck. Wouldn’t it be nice to see him for Thanksgiving Day? But it was such a beautiful day for giving thanks. 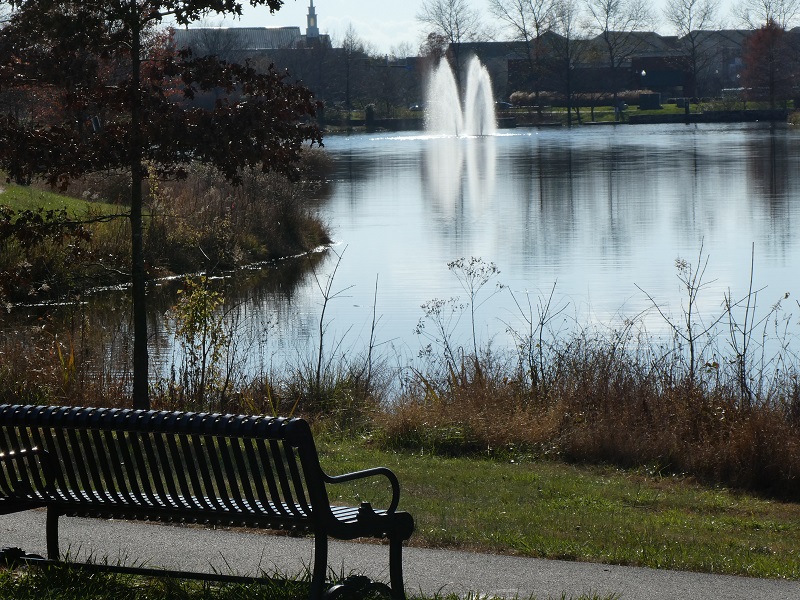 And then I remembered the Theme I’d chosen back in January for 2020. I already blogged about it. The theme is to ask with Shameless Audacity, as Jesus tells us to in Luke 11.

So I did it — I prayed that God would let me see a great blue heron today, for Thanksgiving. I acknowledged that it was shameless audacity on my part to ask for it. But I did ask. And then I kept walking, thinking it wasn’t going to happen this time. And that’s okay.

A couple minutes later, some ducks splash-landed on the lake next to me. Fun! I thought that at least I could take nice pictures of ducks. 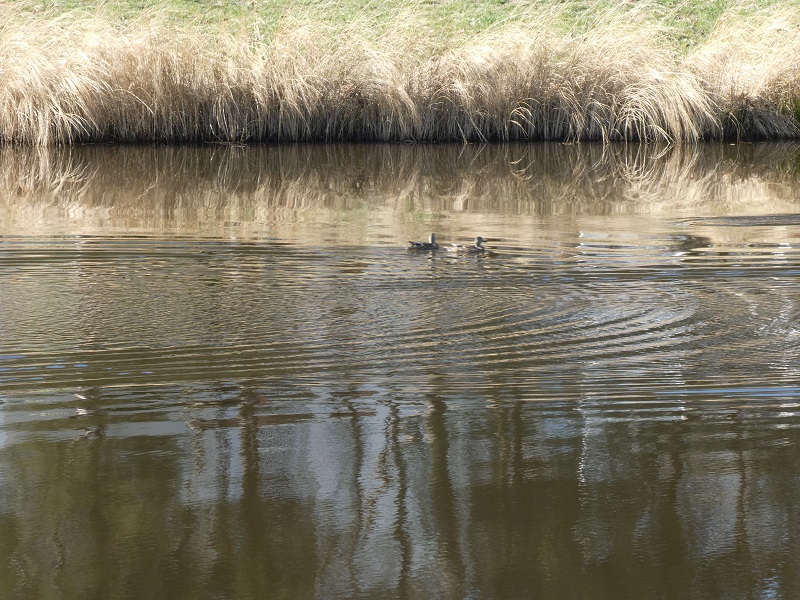 But while I watched a second group of ducks land, right behind them came a great blue heron! It squawked at them, then decided it didn’t want to land next to them and swooped in a big circle around the end of the lake — and came straight toward me!

It kept squawking, as if to say, “YOU WANTED TO SEE ME?!! HERE I AM!!!” (I’ve never been sure I heard a great blue heron’s voice before, in all the time I’ve watched them.) It veered away from me and flew further down the lake. 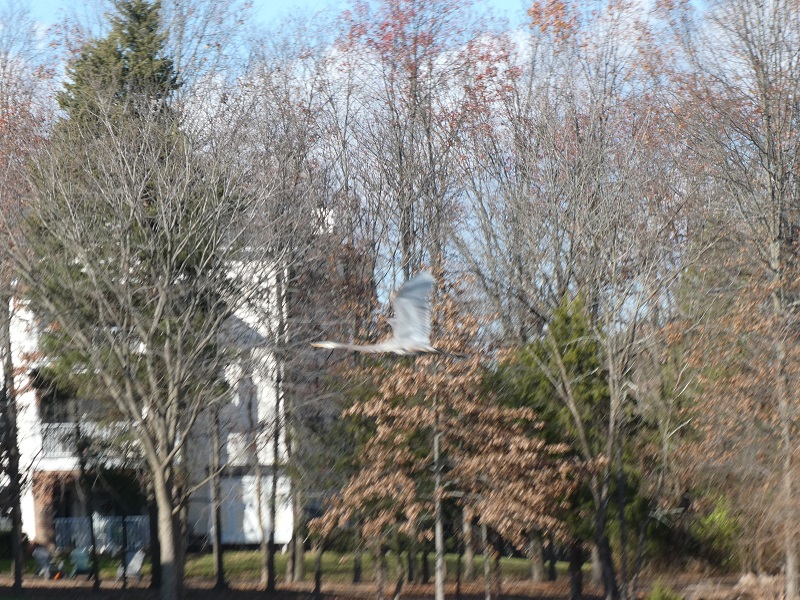 Then it flew onto a rooftop, and I happily took about a hundred pictures of it with the sky as a background.

I’ve been looking at Creation Psalms lately, and yesterday it was Psalm 139 — The Lord has searched me, and he knows me. Right now, Tauren Wells’ song, “Fully Known,” is playing. “I cannot find the reasons why you’d give me so much.” God knows me, and he delights in giving good things to his children.

And I feel so thankful.

I know what my next shamelessly audacious request is. What’s yours?