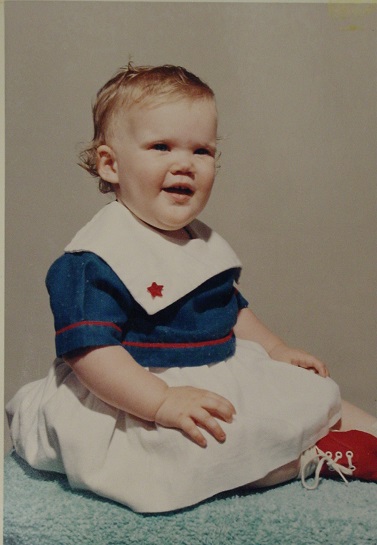 Last week, on my 52nd birthday, I decided to begin Project 52: Each week for a year, I’m going to reflect in this blog on one year of my life.

My second year of life is probably the one I know least about. But I do have some cute pictures from approximately that time, so maybe that makes up for it. 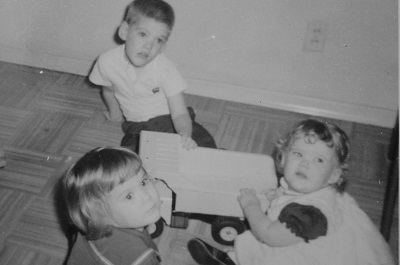 Right around my first birthday, our family moved from Maryland back to Seattle, where my parents met.

Family legend says that they drove across the country and visited Yellowstone — and my Dad fed a bear Ritz crackers right next to a sign that said, “Don’t Feed the Bears.”

They moved into the house in Seattle that they had been renting out while they were in Maryland. It was a house with lots of stairs in front, on a hill.

I believe I have one memory of that house, but it was probably after my second birthday, so I’ll include it in next week’s reflection.

Living in Seattle, my family often drove the couple hours to Salem to visit my Mom’s family. This must have been around that time, after they’d moved back to Seattle. 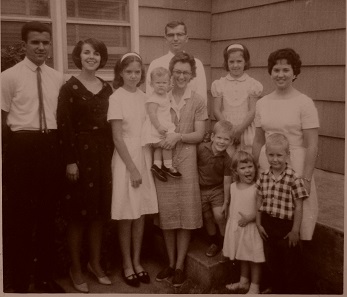 This picture was taken in front of Grandma and Grandpa’s house in Salem and features (left to right) my Mom’s little brother Allen and his wife Judy, sister Susan, then Mom holding me with Dad behind her, then sisters Donna and Linda in back with Ricky, Becky, and my Mom’s youngest brother Larry in front. Uncle Larry is one-day-less-than-a-year older than my brother Rick.

For those who are counting, my Mom was the oldest of six siblings, in two sets — three older and three younger. My Dad was the 9th of 12. So they were not strangers to big families. (I have a LOT of relatives.)

Here are a couple more pictures from approximately my second year. 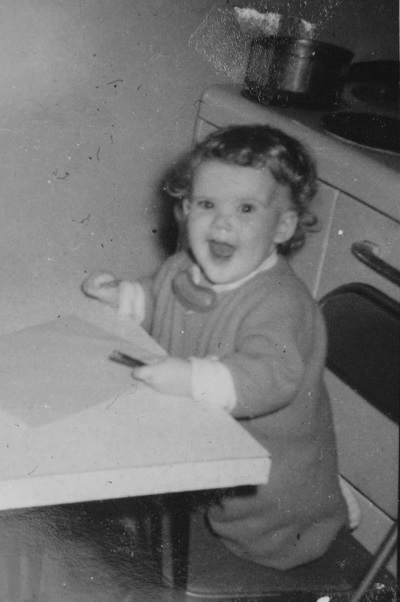 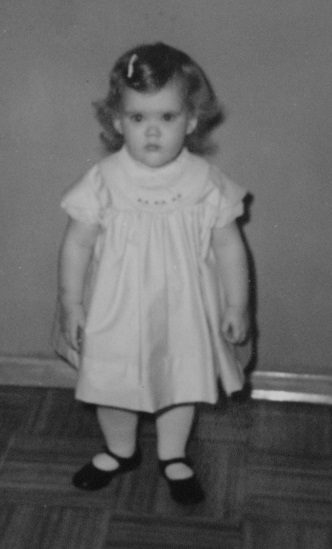 (Huh. My hair curled in strange ways even then.)

Of all my siblings until the last two, Marcy and Melanie, I was the youngest the longest. My brother Rick used to explain that meant I was the most spoiled. I’m not convinced.