Yesterday, we had a Computer Deconstruction program scheduled at the library to be run by TechShop.

I found out fifteen minutes before the program was to start that they weren’t coming.

That was the potential disaster.  Here are all the happy coincidences:

And it was awesome!

I love this program because I love watching the kids figure out how the things are put together and succeed in taking them apart.  It’s empowering!

(In fact, I like to tell the story that it was because of this very program that I dared to look up youtube videos and take apart my own film scanner and fix it!)

Here’s a girl working on a printer: 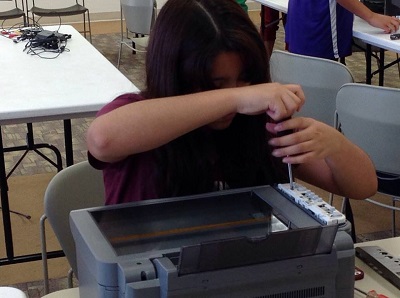 And here’s how the printer ended up: 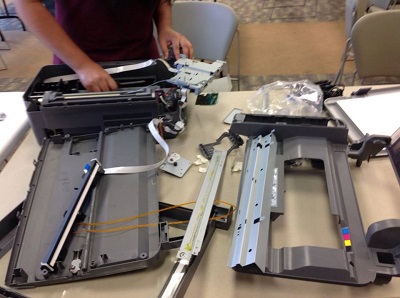 Thanks to all those happy coincidences and awesome kids, the program was a huge success!

We think we’ll probably plan to do one on our own next summer!