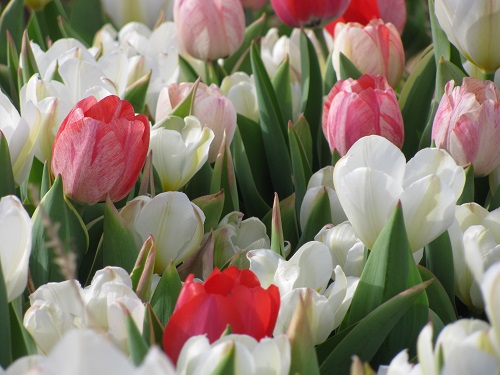 Now I want to step back for a moment and think about the question: What is the decent human response to transgender people?

Today’s post applies to every human, and not merely to Christians who have a calling to love their neighbors as themselves.

The background I’m bringing to this is that for years I’ve been an avid reader of Patricia Evans’ books about verbal abuse, including Victory Over Verbal Abuse. These books helped me tremendously when I was going through my divorce.

Any statement that tells you what, who, or how you are, or what you think, feel, or want, is defining you and is, therefore, abusive. Such statements suggest an invasion of your very being, as if to say, ‘I’ve looked within you and now I’ll tell you what you want, feel, etc.’ Similarly, threats are verbally abusive because, like torture, they attempt to limit your freedom to choose and thus to define yourself. Of course, if you have defined yourself to someone, ‘I’m Suzy’s Mom,’ and that person says, ‘That’s Suzy’s Mom,’ they are affirming or validating what you have said. On the other hand, verbal abuse is a lie told to you or told to others about you. If you believe the lie, it would lead you to think that you are not who you are or that you are less than you are.

Now, there are plenty of people who don’t agree with this definition of verbal abuse. But I’ve found it’s a practical definition – when I come away from a conversation feeling bad about what was said – very often I look more closely at what was said and discover something was said defining me. Maybe they said, You’re trying to start an argument…” (telling me my motives), or “You are assuming such and so…” (telling me what I’m thinking), or “You’re making too big a deal of this” (minimizing my experience), or “You’re too sensitive” (telling me what I’m feeling).

The problem with defining someone else is that You do not know what’s going on in someone else’s head. This means that if someone tells you that you are wrong when you claim to know what they are thinking or feeling – they are automatically correct, and you are wrong. This is your opportunity to apologize and stand corrected.

And that’s what’s wrong with verbal abuse (by this definition). It’s nonsense. You do not know what another person is thinking or feeling. If someone says, “You’re just saying that to make me angry” – they don’t know your motives and they can’t see inside your head, and that statement is nonsense.

Now, with our friends, we do try to affirm them by telling them good qualities we’ve seen in them. Or maybe gently call them out on negative qualities. But if they respond by saying, “No, you’re wrong – that wasn’t why I was doing that at all.” Then it is time for us to stand down. Each person is the authority on their own thoughts and feelings.

Patricia Evans also explains why it hurts so much:

Clearly, when one person defines the other, the person doing the defining (abusing), has closed off from the real person. When a person is told what they are, think, feel, and so forth, it is not only a lie told to them about themselves, but also it means that the abuser is closed off from the real person. The abuser cannot really hear, see, and take in information from the real person. It is as if he sees someone else. For instance, if the abuser says, ‘You’re too sensitive’ or ‘You’re not listening,’ he is talking to someone whom he defines as ‘made wrong’ or as ‘not listening.’ So, the real person isn’t seen or heard. It is as if a wall has arisen between the verbally abusive man and his partner. This is why, when a man defines his partner, she feels pain. At some level, she experiences the end of the relationship.

The fact is, every human being has a right to self-definition.

When Caitlyn Jenner came out, before I had any idea how deeply this issue would affect me, I realized that there are few things more fundamental to your identity than your gender.

If there is any area where a person should be allowed to define themselves, it is their gender.

And if someone calls you by the wrong name or refers to you with the wrong pronouns, that’s going to hurt. They have closed themselves off from the person you know yourself to be. You certainly aren’t going to feel loved by them. How can they love you when they refuse to even see you for who you are? Refuse to acknowledge that you know what’s going on inside your own body better than they do?

When I attempt to explain this to others, this is the point where some people say, “If your son called himself a pigeon, would you go along with it?” Or “When someone’s deluded, is it loving to go along with the delusion?”

These people need to read my post about The Science — complete with the conclusion that being transgender is not a mental disorder and that we’re born with a gender based in our biology, and the biology that determines gender is between our ears, not between our legs.

Based on this, the decent human thing to do is to believe someone when they tell you what gender they are. To refuse to do this is to say that you know who they are better than they do themselves. And besides being cruel, that’s nonsense.