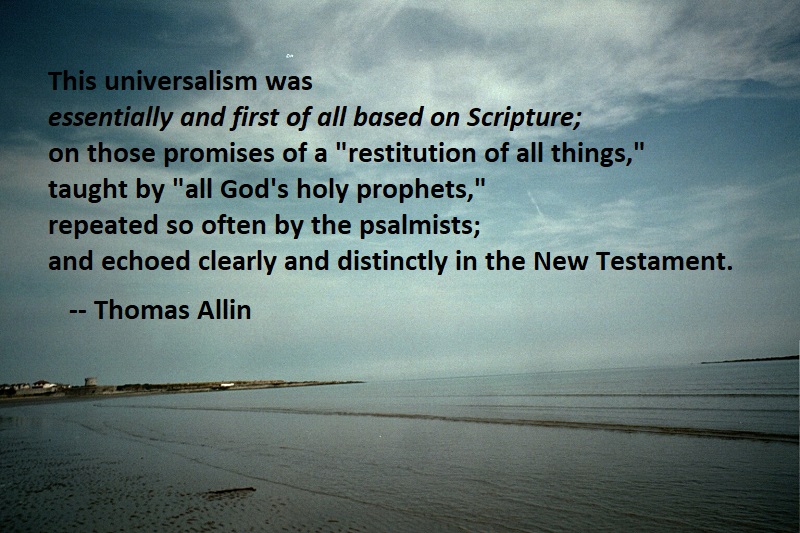 A crowd of witnesses, from almost every quarter to which the gospel had reached, assure us of their belief that Christ liberated from Hades every soul, without exception. And we have heard teachings that openly assert, or, by fair inference, involve the larger hope, from both East and West, from Gaul as well as from Alexandria; from Rome; from Milan; from Arabia; from Palestine; from Antioch; from Cappadocia; from Cilicia; from Constantinople; from the distant Euphrates. And this teaching, be it noted, is strongest where the language of the New Testament was a living tongue, i.e., in the great Greek Fathers: it is strongest in the church’s greatest era, and declines as knowledge and purity decline. On the other hand, endless penalty is most strongly taught precisely in those quarters where the New Testament was less read in the original, and also in the most corrupt ages of the church.

Note carefully — the point is significant — that this universalism was essentially and first of all based on Scripture; on those promises of a “restitution of all things,” taught by “all God’s holy prophets,” repeated so often by the psalmists; and echoed clearly and distinctly in the New Testament.