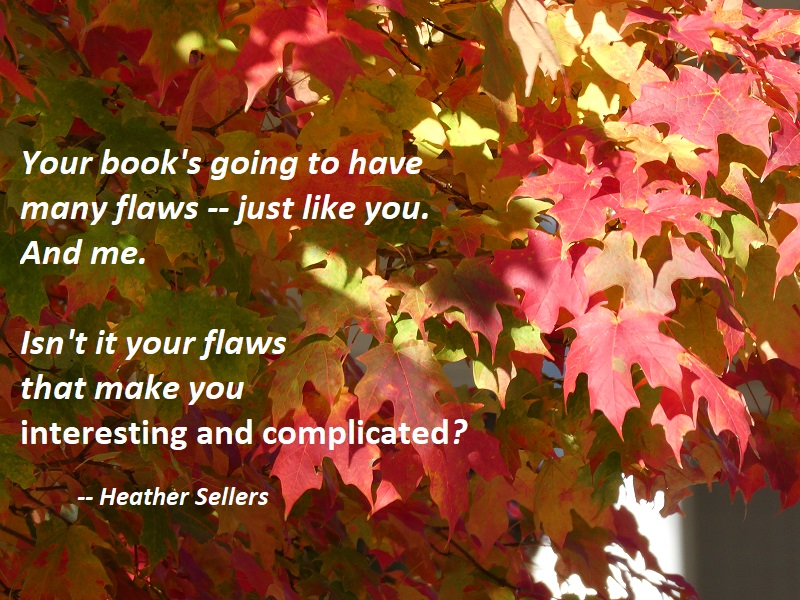 Your book’s going to have many flaws — just like you. And me. Good intentions and bad habits, brilliant days and sucky weeks, all swirled together. Isn’t it your flaws that make you interesting and complicated? If you are waiting until everything is perfect to write the perfect book, fine. But at least practice while you wait. Work on a not-perfect book, on a Good Enough book, in the meantime. 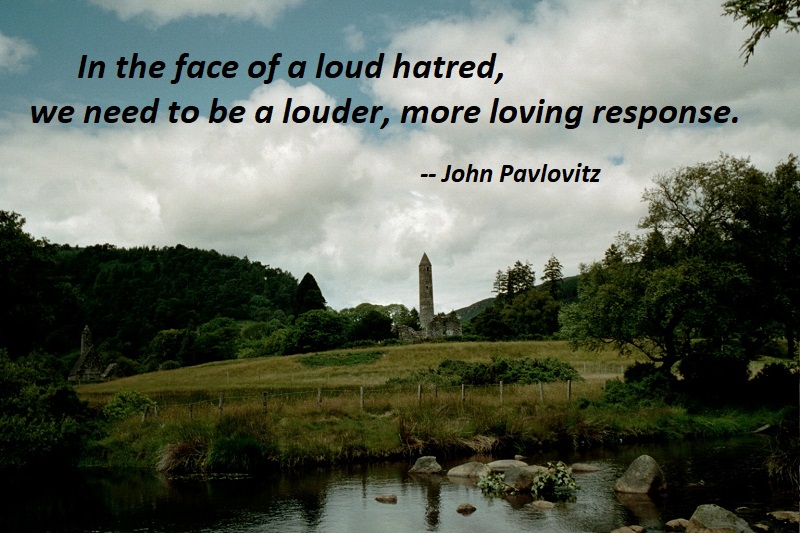 I wonder if you believe the table really is big enough for you, for those you love, for those you find difficult to love, for those who have little love for you. Because ultimately if you do, you have a decision to make: You’re either going to be a builder — or you’re not. You’re either going to deny yourself and take up the costly cross of sacrifice and keep seeking to come humbly, or you’re going to defiantly barricade yourself within your rightness and your righteousness and wait for the check to come. You’re either going to try to live as a selfless servant or look to die a spiteful martyr. I still do believe in the bigger table, but it’s more difficult than ever to keep that faith, probably because the resistance to it is so great. We have to be the resistance to that resistance. In the face of a loud hatred, we need to be a louder, more loving response. We have to become activists of goodness. 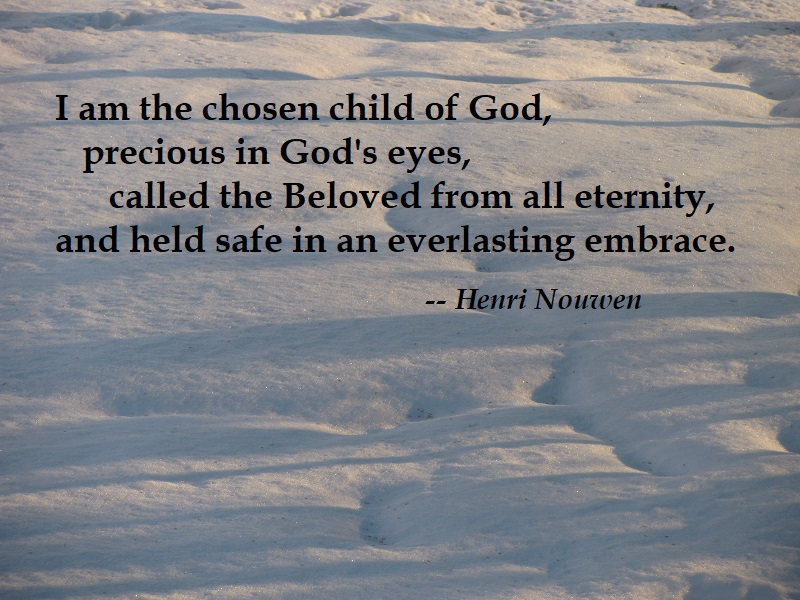 The world tells you many lies about who you are, and you simply have to be realistic enough to remind yourself of this. Everytime you feel hurt, offended, or rejected, you have to dare to say to yourself: “These feelings, strong as they may be, are not telling me the truth about myself. The truth, even though I cannot feel it right now, is that I am the chosen child of God, precious in God’s eyes, called the Beloved from all eternity, and held safe in an everlasting embrace.” 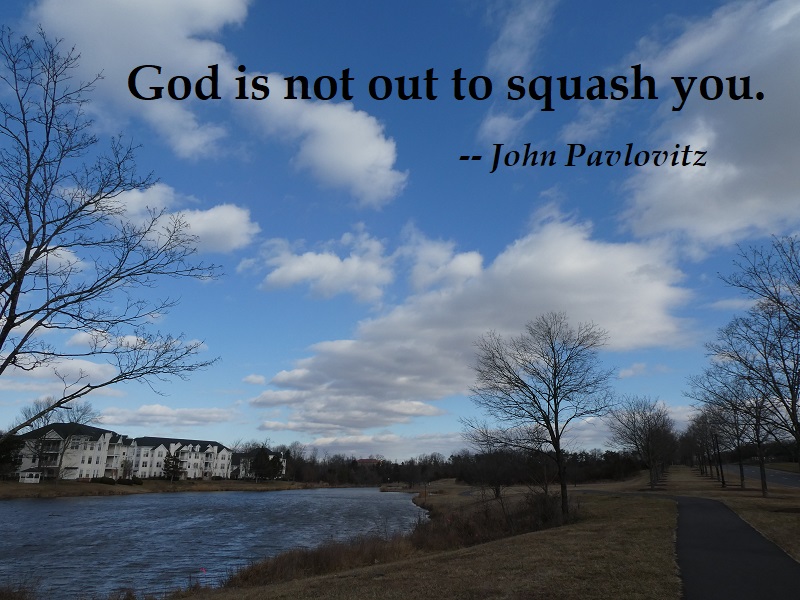 One of the great comforts in my travels to build a bigger table and to right-size God has been a simple reality that I’ve embraced, one that I hope seeps deep into your heart whatever your theological leanings are: God is not out to squash you. This is an incredibly difficult truth to claim if you’ve experienced religion through the lens of fear that told you otherwise.

I grew up believing that God loved me dearly. I also grew up believing God was very angry with me. I was taught that God personally created me and yet was immediately displeased by my sinfulness. So my very earliest identity was forged in the crucible of this unsettling duplicity: I was both adored and resented by my Creator. As a child I lived in the tension of being the object of both the wrath and the love of God simultaneously. As I grew, I was told I needed to find and do and believe what would tip the scales from punishment to reward, from damnation to salvation, from abandonment to blessing. I had to remove the massive barrier between myself and God, to bridge the wide expanse between the two of us — which somehow was me. For simply being, the problem was me. Apologize for my inborn transgressions and I earned the right to be God’s child. One wrong move, one doctrinal deviation, one errant belief, though, and I would be toast. Living always in paradox, I learned that I had a tender, caring Maker who knit me together in my mother’s womb, numbered every hair on my head — and was never far from destroying me for the birth defect I’d inherited somewhere in the process. 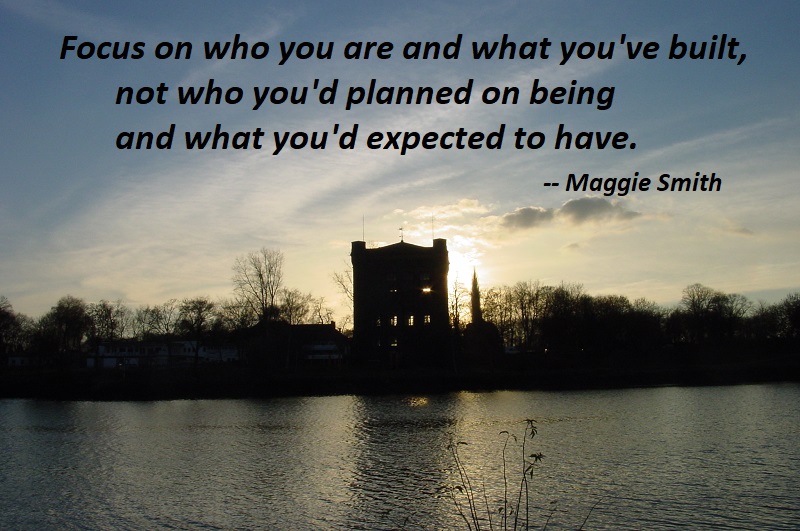 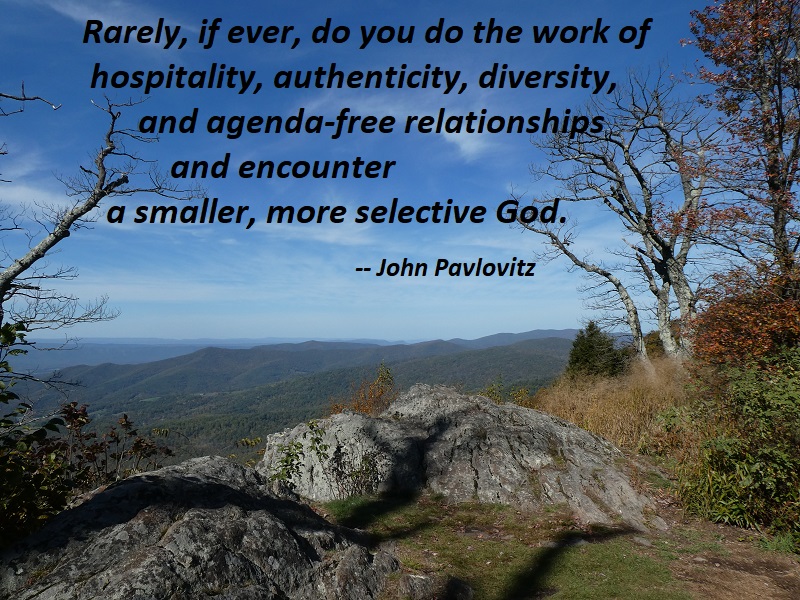 This is almost always the by-product of expanding the table: God is right-sized. Rarely, if ever, do you do the work of hospitality, authenticity, diversity, and agenda-free relationships and encounter a smaller, more selective God. 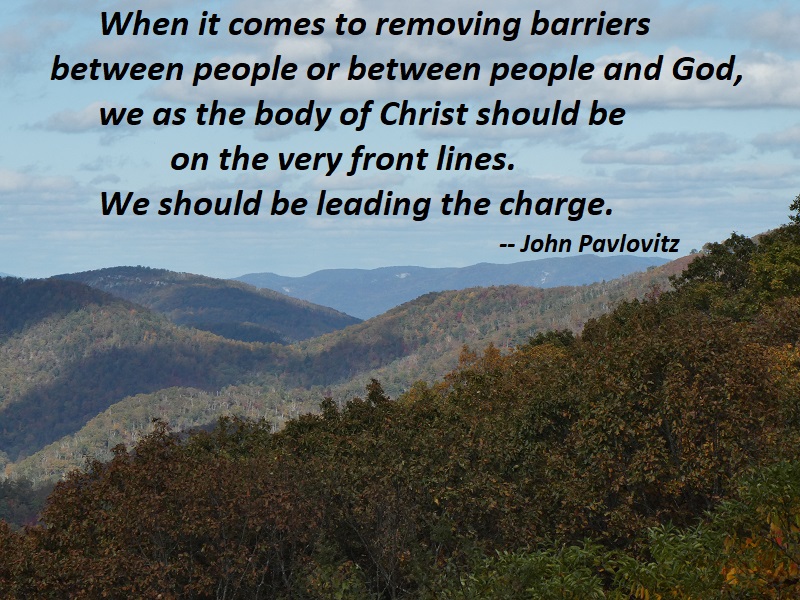 When it comes to removing barriers between people or between people and God, we as the body of Christ should be on the very front lines. We should be leading the charge. We should be defining the movement of equality and justice, not bringing up the rear and definitely not digging in our heels and fighting against it with all that we have. That simply doesn’t glorify God, and it isn’t making disciples either. The world is seeing this and rejecting it. I hear their stories every single day. The name Christian is no longer synonymous with Jesus out in the world, but with bigotry, with power, with discrimination. This is the script that we who desire the bigger table must flip. 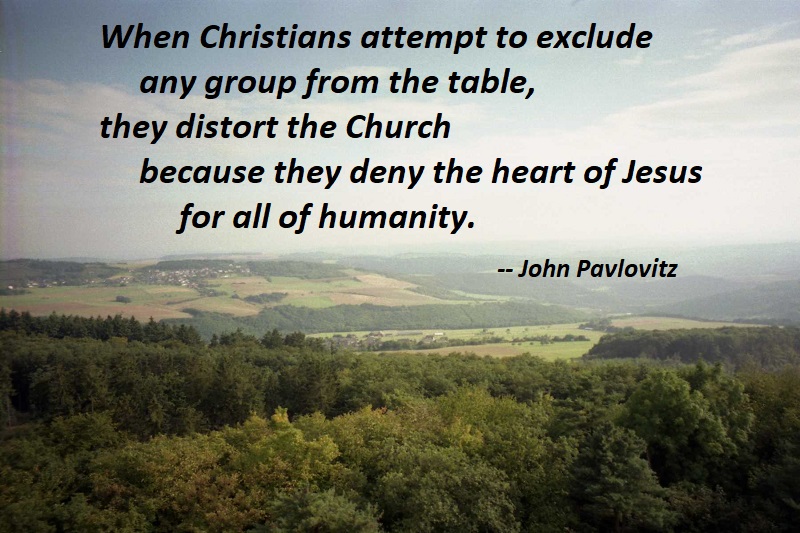 It isn’t about taking some loud, blustery stand against sin, it isn’t about how much we pound our pulpits or how loudly we condemn or the cultural battles we wage. It isn’t about drawing some moral line in the sand. It’s about our willingness to be with people and live alongside them.

This is why the inclusion of the LGBTQ community into the body of Christ is so important in these days, and why it is one of the hills worth dying on for me as a pastor, because it is one of the greatest opportunities we have to set the kind of table Jesus set for the believers he entrusted to carry the message forward. It is an opportunity to show the watching world what Christ looks like by emulating him. The Church’s resistance to and persecution of gay, lesbian, bisexual, transgender and questioning men and women is a push against the Holy Spirit because it runs in direct opposition to the heart of Jesus as reflected in the Gospel biographies and the book of Acts. It isn’t just shrinking the table: it’s walling off the table from those who desire to be present. And the answer isn’t offering some tentative, heavily conditioned token tolerance as a compromise. (If that were the case, Jesus’ table gatherings would have been very different.) It is to be fully obedient to Jesus’ command to love another as oneself. The straight Church doesn’t need to tolerate or pacify or throw scraps to the Christian LGBTQ community, it nees the LGBTQ community for the same reason it needs all those seeking and walking in faith regardless of their gender or skin color or sexual orientation — because these folks are breathing sanctuaries of the Spirit of God and because without them any version of the Church is still inferior and incomplete. Until the queer Christian community is received fully and welcomed and included without caveat or restraint by the institutional Church, the Church will continue to be less grace-filled, less rich in its complexity, and less in the image of Christ than it should be. When Christians attempt to exclude any group from the table, they distort the Church because they deny the heart of Jesus for all of humanity. Discrimination hinders people from finding community, and it robs the Church of the tremendous gifts that diversity brings. 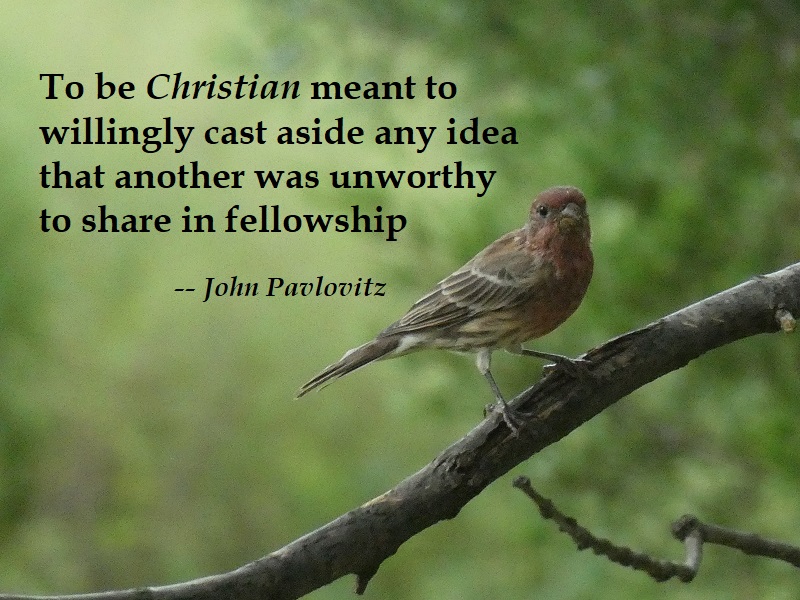 As people watched how they lived, how they faithfully cared for one another, how they embraced diversity, how they lifted one another up, they noticed that they resembled Jesus. The believers began to claim ownership of the name Christian and to redefine the word and themselves, precisely because of their bigger table.

This was far more radical than we can really appreciate today. In a culture reinforcing the sharply drawn lines between people — the lines of religion, ethnicity, nationality, and gender — the followers of Jesus were erasing the lines, knocking down walls, and pulling up chairs. The incredibly narrow “chosen people” of the Old Testament tradition was now giving way to a far more expansive new “kingdom people” based solely on their faith in Jesus. As the apostle Paul would describe, in their tribe, there were no longer any divisions that mattered more than what grafted them together in redemptive community (Gal. 3:26-29). They were one body with disparate but equally necessary members. Their primary commonality was Christ. He became their peace. To be Christian meant to willingly cast aside any idea that another was unworthy to share in fellowship; it was to give up the moral evaluations and preconceptions they may have had before. When we look back at the table of Jesus, this early Christian community really shouldn’t surprise us because he was pointing toward this day the entire time, as he met with lepers and Pharisees and tax collectors and street people. The early Church wasn’t doing anything in its infancy other than replicating his life together with those in their midst. In the two thousand years since then, we’ve added a great deal around this idea, cumbersome layers of tradition and doctrine and pageantry, and yet these are the things we could easily discard and still have the essence of the Church. We would still have people sharing life. 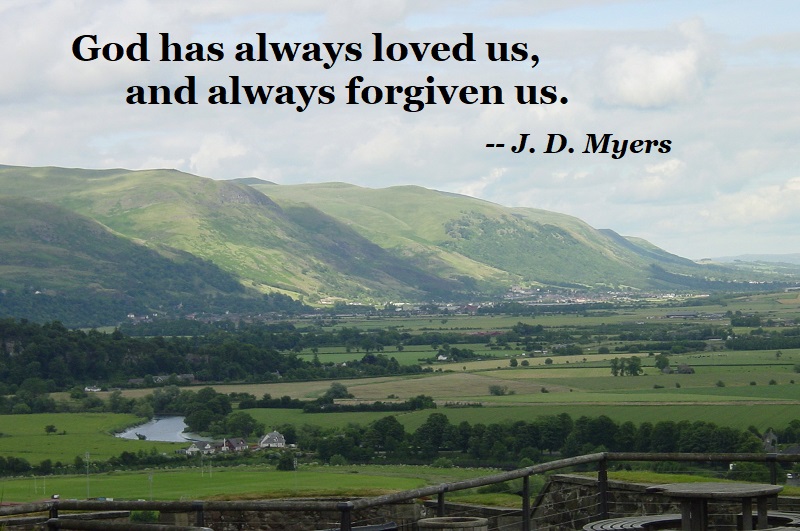 The violent death of Jesus on the cross revealed the truth about the great problem of human sin and violence. The truth is that such violence comes from us; not God. When we see this in how we killed Jesus, His violent death on the cross reveals that God never wanted or needed blood sacrifice or sacred violence of any kind in order for people to draw near to Him. All people were always welcome. We can draw near to God simply because we have no reason to stay away from Him. He has always loved us, and always forgiven us. One group is not more or less sinful than anyone else. All are invited in. All are welcome. The blood of Jesus has brought everyone near, by proving that no one was ever kept at a distance. All divisions of men are nothing more than man-made divisions, and now Jesus has torn them all down, giving us all equal access to God and equal standing before Him.