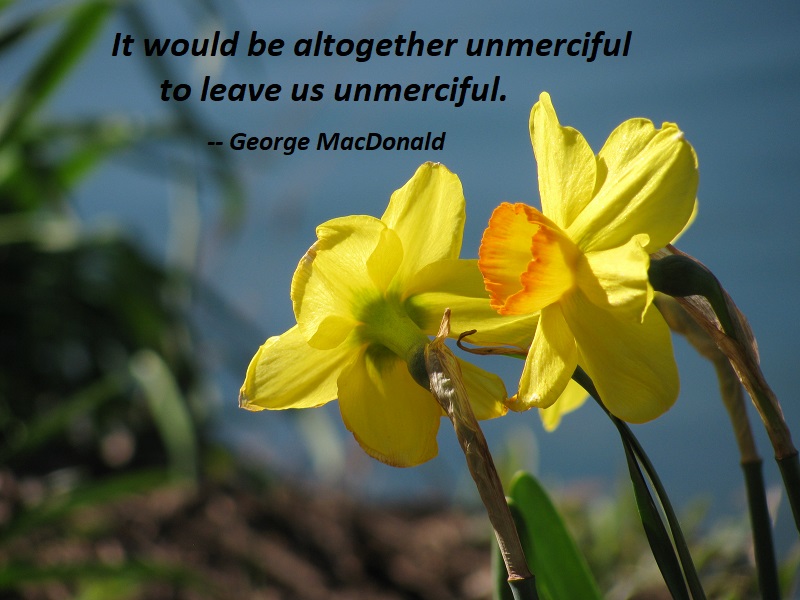 If we forgive not men their trespasses, our trespasses remain. For how can God in any sense forgive, remit, or send away the sin which a man insists on retaining? Unmerciful, we must be given up to the tormentors until we learn to be merciful. God is merciful: we must be merciful. There is no blessedness except in being such as God; it would be altogether unmerciful to leave us unmerciful. The reward of the merciful is, that by their mercy they are rendered capable of receiving the mercy of God — yea, God himself, who is Mercy.