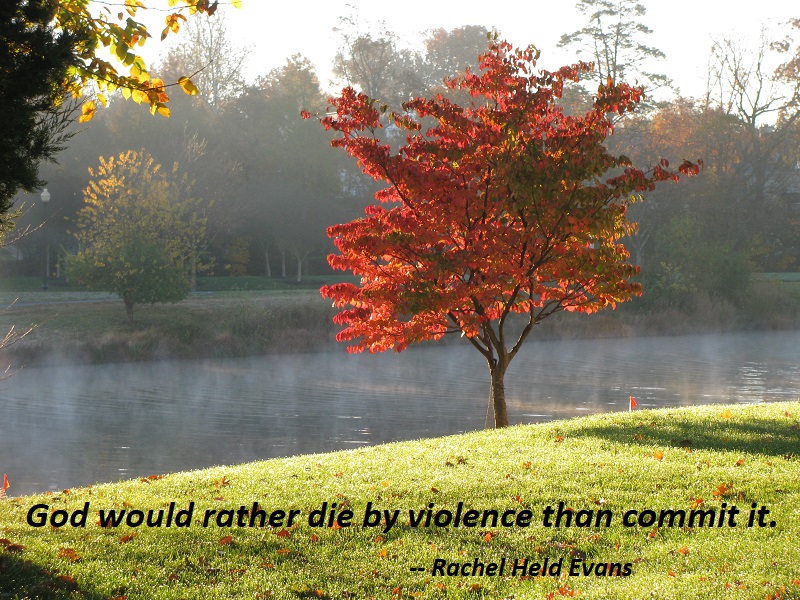 Finally, the last thing I know is this: If the God of the Bible is true, and if God became flesh and blood in the person of Jesus Christ, and if Jesus Christ is — as theologian Greg Boyd put it — “the revelation that culminates and supersedes all others,” then God would rather die by violence than commit it. The cross makes this plain. On the cross, Christ not only bore the brunt of human cruelty and bloodlust and fear, he remained faithful to the nonviolence he taught and modeled throughout his ministry. Boyd called it “the Crucifixion of the Warrior God,” and in a two-volume work by that name asserted that “on the cross, the diabolic violent warrior god we have all-too-frequently pledged allegiance to has been forever repudiated.” On the cross, Jesus chose to align himself with victims of suffering rather than the inflictors of it.

At the heart of the doctrine of the incarnation is the stunning claim that Jesus is what God is like. “No one has ever seen God,” declared John in his gospel, “but the one and only Son, who is himself God and is in closest relationship with the Father, has made him known” (John 1:18, emphasis added). The New American Standard Bible says, “The only begotten God who is in the bosom of the Father, He has explained Him” (emphasis added). So to whatever extent God owes us an explanation for the Bible’s war stories, Jesus is that explanation. And Christ the King won his kingdom without war.