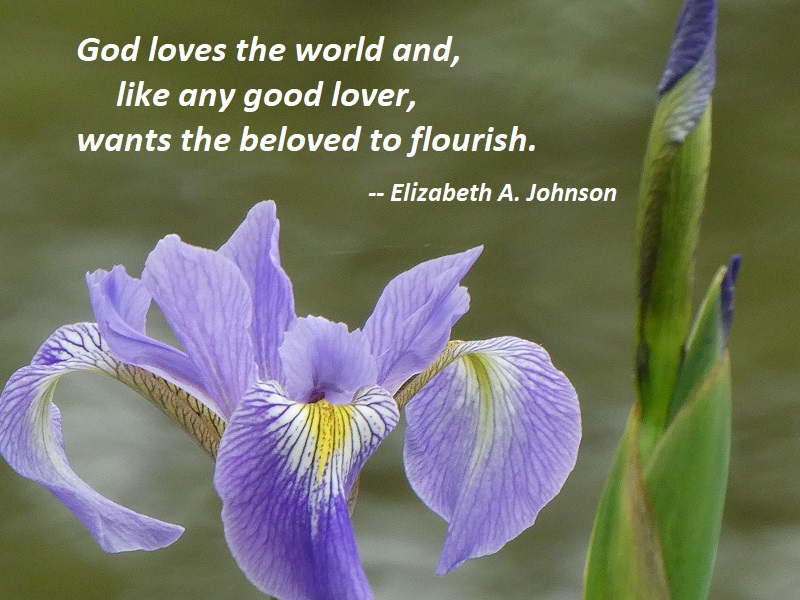 The story of Jesus told as accompaniment makes clear that there is no master plan in the divine mind to engineer his death in order to garner satisfaction for everyone else’s sins. The cross was in no way necessary. Think about it. Wouldn’t such an idea be blasphemy? It would ascribe to God, gracious and merciful, an evil that was done in the course of human injustice. How contradictory can you get?

Not even remotely did Jesus’ death satisfy divine honor; it dragged that honor into the dust. Nor did Jesus’ crucifixion change God’s attitude from anger to being appeased, as more popular atonement theologies would have it. I dare say that if the will of the living God had been carried out that “good” Friday, Jesus would not have been crucified.

The double solidarity of Jesus with those who suffer and of God with Jesus structures a theology of accompaniment so that it brings the presence of God who saves to the fore. Keep in mind that we are talking here about the same God who sides with slaves against the might of Pharaoh, with exiles against their imperial captors, and now with a crucified prophet against the Roman empire; “a God merciful and gracious, slow to anger, and abounding in steadfast love and faithfulness, keeping steadfast love for the thousandth generation, forgiving iniquity and transgression and sin” (Ex 34:6-7). We are talking about the same gracious God, “your Savior and your Redeemer” (Isa 49:26), whom Jesus called father, whose compassion flashed out from the picturesque parables Jesus made up, and was tasted in the challenge and joy of his multiple interactions. Toward the end of the New Testament we read the bold statement that “God is love” (1 Jn 4:8). This is a pithy summary of all that has gone down in the history of revelation up to that point. God loves the world and, like any good lover, wants the beloved to flourish.

Given the negativity of the cross, the creative power of the loving God showed itself once again in an unexpected new way by (unimaginably) raising Jesus from the dead. But God neither needed nor wanted the cross. True, this evil was encompassed by providential action, by God writing straight with crooked lines. True, in an antagonistic world suffering borne in the loving struggle for the good of others can bear fruit. But in itself, violent death is not what God desires.