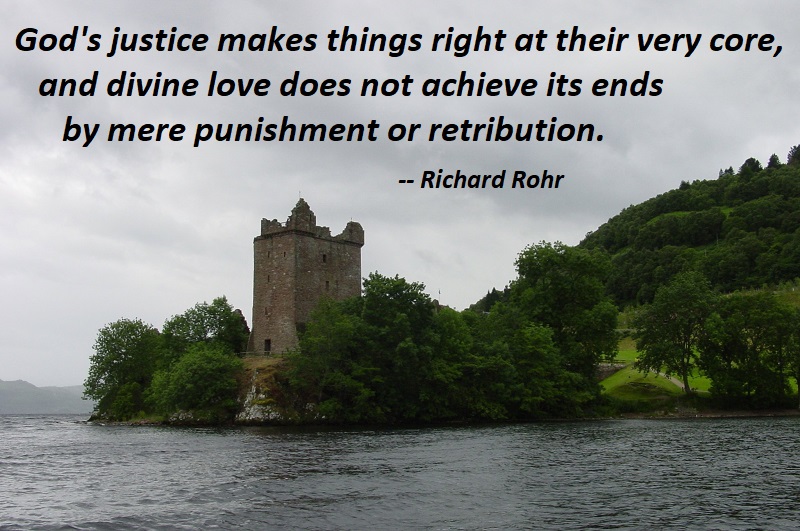 The church was meant to be an alternative society in the grip of an altogether different story line. Restorative justice is used in new Zealand as the primary juvenile justice model, and the Catholic bishops of New Zealand have put out very good statements on it. We see this alternative model of justice acted out in scripture — famously in Jesus’s story of the Return of the Prodigal (Luke 15:11ff.), but almost always in the prophets (if we can first endure their tirades). God’s justice makes things right at their very core, and divine love does not achieve its ends by mere punishment or retribution.

Consider Habbakuk, whose short book develops with vivid messages of judgment only to pivot at the very end to his “Great Nevertheless!” For three chapters, Habbakuk reams out the Jewish people, then at the close has God say in effect, “But I will love you even more until you come back to me!” We see the same in Ezekiel’s story of the dry bones (Chapter 16) and in Jeremiah’s key notion of the “new covenant” (Chapter 31:31ff.). God always outdoes the Israelites’ sin by loving them even more! This is God’s restorative justice.