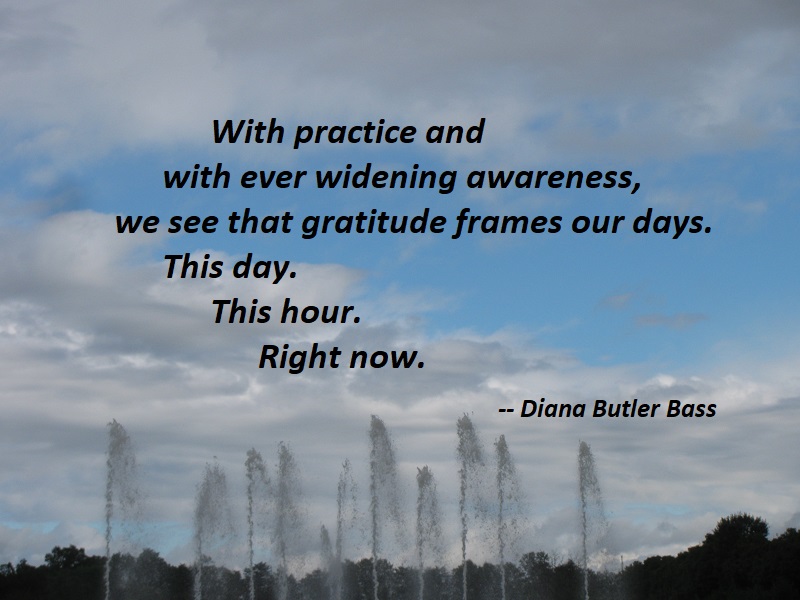 Not only should we give thanks in all things; we can give thanks at all times. With practice and with ever widening awareness, we see that gratitude frames our days. This day. This hour. Right now. 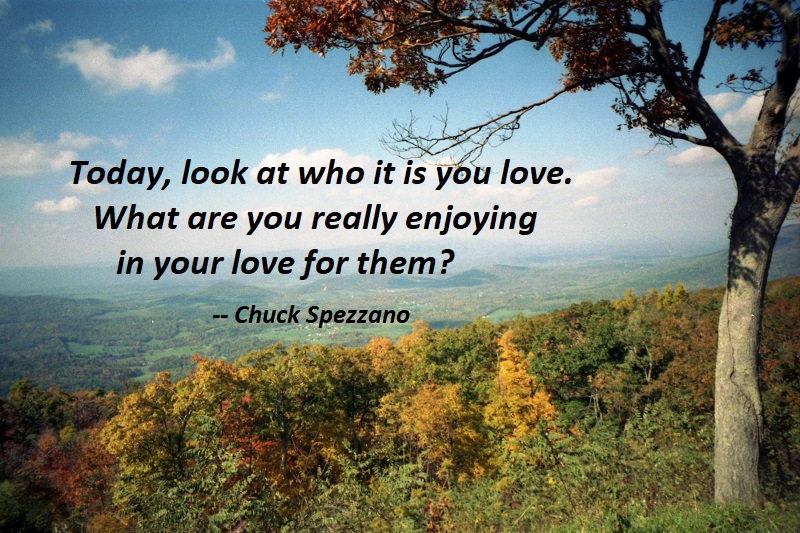 Today, look at who it is you love. What are you really enjoying in your love for them? Allow yourselves to feel your natural gratitude toward this person or situation. Gratitude allows you even stronger resonance with the very gift you are experiencing. Your gratitude not only opens the door to love, it increases love. 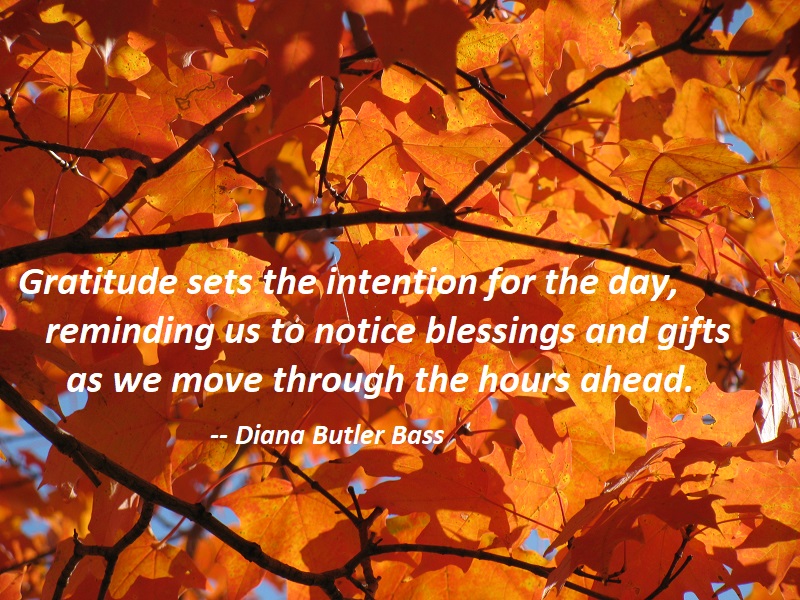 Gratitude sets the intention for the day, reminding us to notice blessings and gifts as we move through the hours ahead. 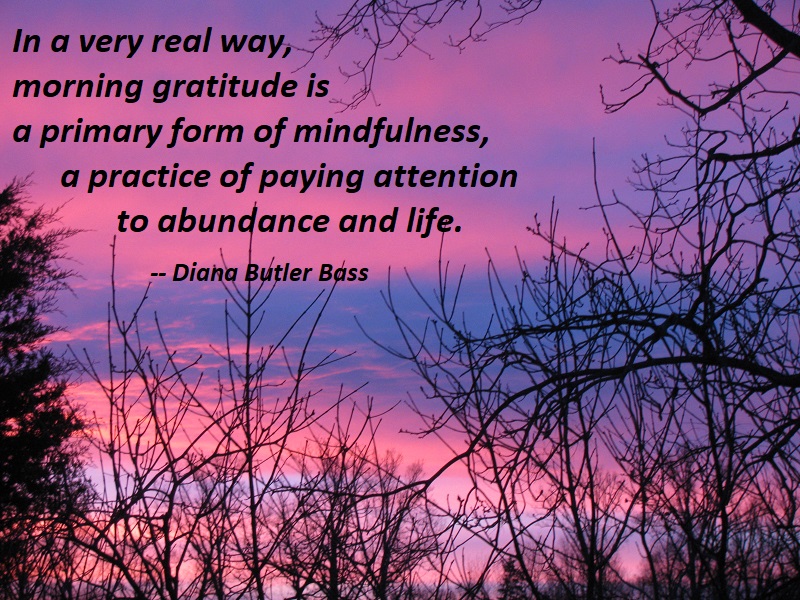 In a very real way, morning gratitude is a primary form of mindfulness, a practice of paying attention to abundance and life. 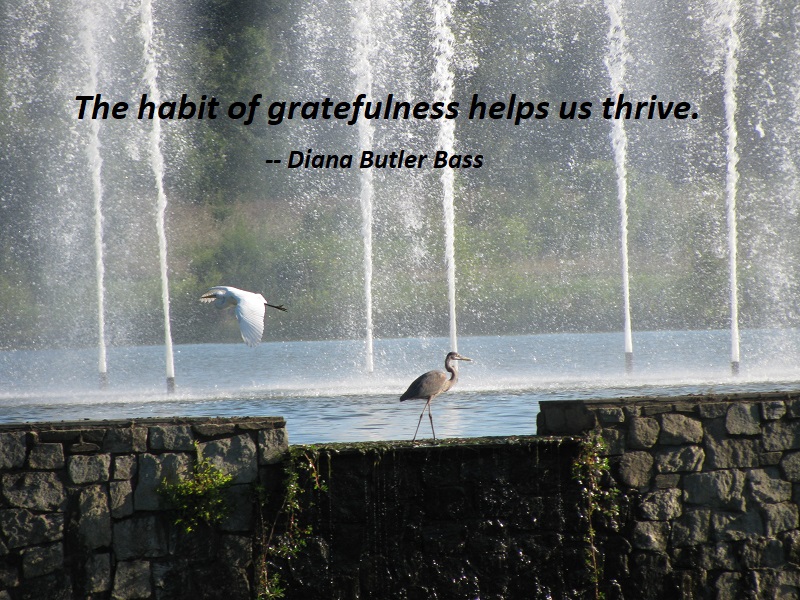 Practice takes time. A well-known rule of practice says that to become an expert at something, you need to devote ten thousand hours to doing it. Gratitude is not a practice that can be counted in hours. Instead, it invites us to engage the longer arc of time. In order for it to become a habit, it asks that we attend to seeing time more fully: engaging the past more graciously, living more appreciatively now, and building thanks into the foundation of our future. Attending to our lives with hindsight, wide sight, and foresight moves gratefulness from emotion to ethic. Thus, gratitude may feel good — and those good feelings do good things for us — but as an ethical disposition, gratitude is a strong basis for creating a good life. The habit of gratefulness helps us thrive. It not only takes time, but it can change the way we experience the times of our lives. 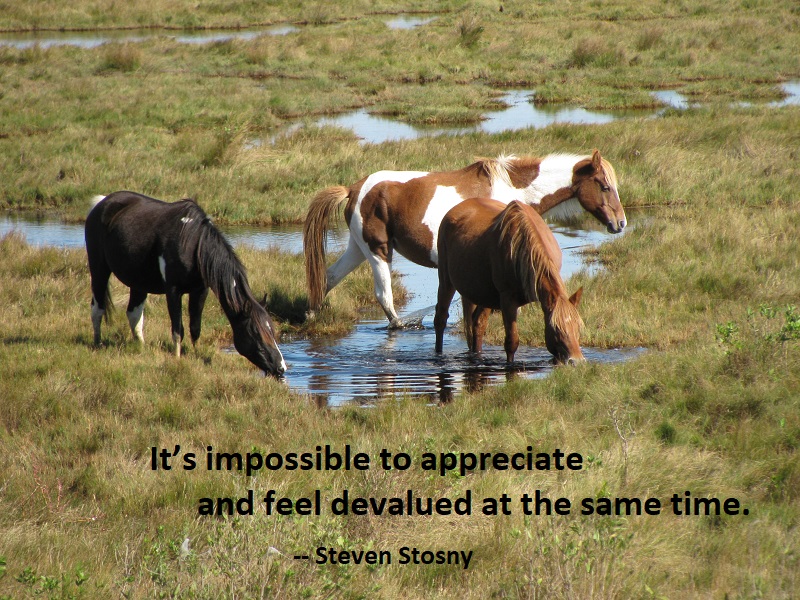 The ultimate issue isn’t whether people deserve your negative thoughts; certainly many people do. The more important point is that they are your thoughts in your head, and you want them to be as beneficial to you as possible.

It’s impossible to appreciate and feel devalued at the same time. 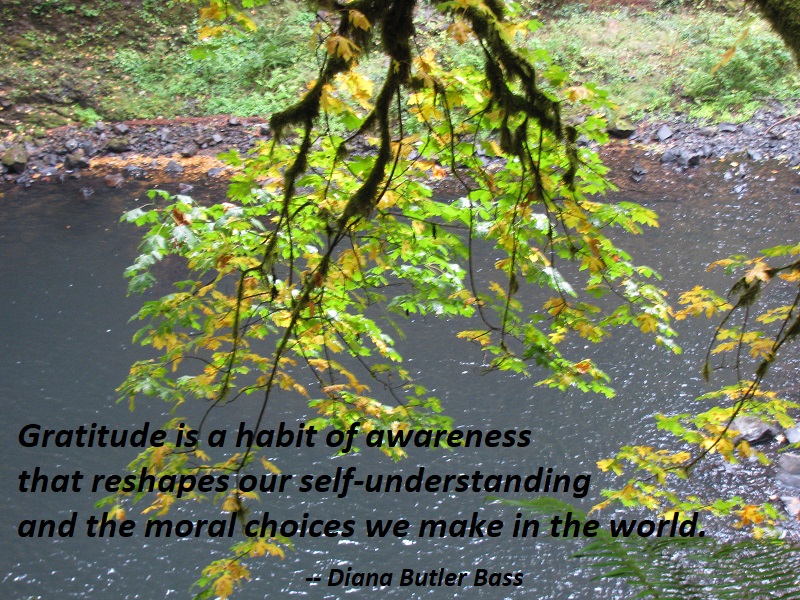 Gratitude is not only the emotional response to random experiences, but even in the darkest times of life, gratitude waits to be seen, recognized, and acted upon more thoughtfully and with a sense of purpose. Gratitude is a feeling, but it is also more than that. And it is much more than a spiritual technique to achieve peace of mind or prosperity. Gratitude is a habit of awareness that reshapes our self-understanding and the moral choices we make in the world. In short, gratitude is an ethic, a coherent set of principles and practices related to grace, gifts, and giving that can guide our lives. 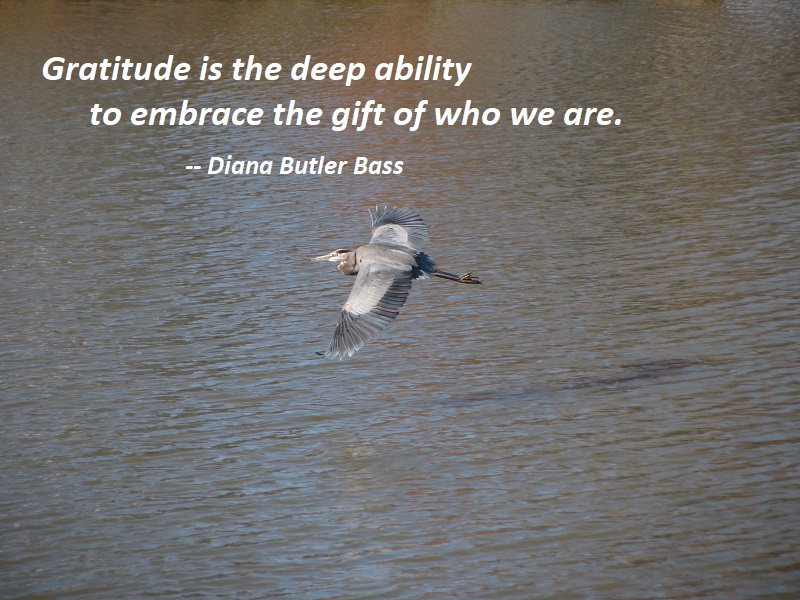 Gratitude, at its deepest and perhaps most transformative level, is not warm feelings about what we have. Instead, gratitude is the deep ability to embrace the gift of who we are, that we are, that in the multibillion-year history of the universe each one of us has been born, can love, grows in awareness, and has a story. Life is the gift. When that mystery fills our hearts, it overwhelms us and a deep river of emotions flows forth — feelings we barely knew we were capable of holding. 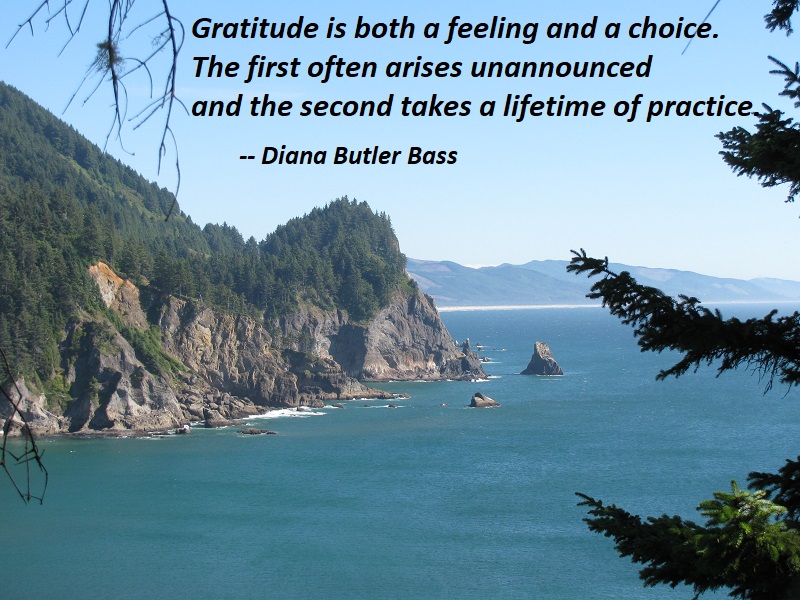 Part of the answer lies in the nature of gratitude itself. It cannot be overstated that gratitude is an emotion, a complex set of feelings involving appreciation, humility, wonder, and interdependence. Gratitude is, however, more than just an emotion. It is also a disposition that can be chosen and cultivated, an outlook toward life that manifests itself in actions — it is an ethic. By “ethic,” I mean a framework of principles by which we live more fully in the world. This ethic involves developing habits and practices of gratefulness that change us for the better. Gratitude involves not only what we feel, but also what we do.

In this way, gratitude resembles love. Love is also a complex set of feelings — desire, passion, devotion, and affection. We feel love. But love is also a commitment, a choice, and a vow, an emotional orientation toward a person or persons that causes us to act in certain ways. Love as a noun, a feeling, surprises us; it shows up and changes everything. As most of us know, however, it is also a bit of a cheat. It can disappoint, fade, or taunt when it seems to hide or move away. Love as a noun can be tricky. When it is, we choose, often motivated by the memory of the feelings, to love and act accordingly. Love moves from being a noun — an emotion we feel — to a verb — an ethic of commitment we embrace. Gratitude is like that. Some amount of the time we feel grateful, but when the emotions seem to desert us or show up at all the wrong times and in the wrong places, we can choose to give thanks and act in accordance with grace. Gratitude is both a noun and a verb. Gratitude is both a feeling and a choice. The first often arises unannounced and the second takes a lifetime of practice. 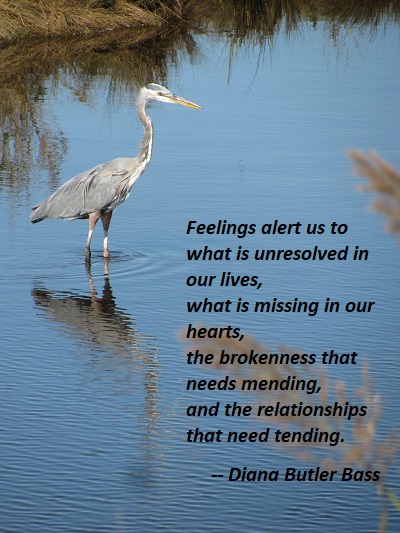 I am not a psychologist. But, over the years, I have learned that emotions — whether positive or negative — do not behave very well when ignored or pushed aside. A good life, including healthy spirituality, incorporates the wide range of human emotions relating to each other in ways that make each of us unique and open us to a sense of purpose and meaning. Maturity is acting in a manner consistent with our inner reality, integrating feelings with intellect and integrity. Maturity is being fearless in face of emotions and owning up to feelings denied or derided.

Emotions do not tell us that climate change exists or who the president of Zimbabwe is. They are not “facts” in the way that scientific or historical data are. But feelings are the data that point toward our inner realities. Feelings alert us to what is unresolved in our lives, what is missing in our hearts, the brokenness that needs mending, and the relationships that need tending. When we do not feel grateful, something is blocking the feelings — and whether that something is learned or feared is important to explore.