We shape our God, and then our God shapes us.
A distorted understanding of God,
clung to with white knuckles and fierce determination,
can leave a person outside the party,
mad about a goat that was never gotten,
without the thriving life Jesus insists is right here, all around us,
all the time. 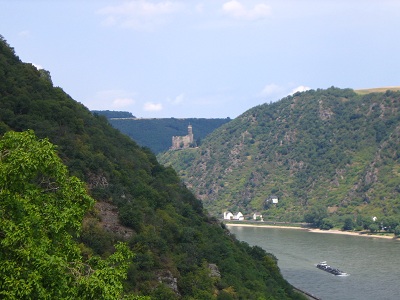 The course of the Rhine below Mayence becomes much more picturesque. The river descends rapidly and winds between hills, not high, but steep, and of beautiful forms. We saw many ruined castles standing on the edges of precipices, surrounded by black woods, high and inaccessible. This part of the Rhine, indeed, presents a singularly variegated landscape. In one spot you view rugged hills, ruined castles overlooking tremendous precipices, with the dark Rhine rushing beneath. And on the sudden turn of a promontory, flourishing vineyards and populous towns, and a meandering river with green sloping banks, occupy the scene. We travelled at the time of the vintage and heard the song of the labourers as we glided down the stream. Even I, depressed in mind, and my spirits continually agitated by gloomy feelings, even I was pleased. I lay at the bottom of the boat; and, as I gazed on the cloudless blue sky, I seemed to drink in a tranquility to which I had long been a stranger. And if these were my sensations, who can describe those of Henry? He felt as if he had been transported to fairy land and enjoyed a happiness seldom tasted by man. “I have seen,” he said, “the most beautiful scenes of my own country. I have been on the lakes of Lucerne and Uri, where the snowy mountains descend almost perpendicularly to the water, casting black and impenetrable shades which would cause a gloomy and mournful appearance, were it not for the most verdant islands that relieve the eye by their gay appearance. I have seen this lake agitated by a tempest, when the wind tore up whirlwinds of water and gave you an idea of what the water-spout must be on the great ocean — and the waves dash with fury on the base of the mountain, where the priest and his mistress were overwhelmed by an avalanche and where their dying voices are still said to be heard amid the pauses of the night wind. I have seen the mountains of La Valais and the Pays de Vaud, but this country, Victor, pleases me more than all those wonders. The mountains of Switzerland are more majestic and strange, but there is a charm in the banks of this divine river that I never before saw equalled. Look at that castle which overhangs yon precipice; and that also, on the island, almost concealed among the foliage of those lovely trees; and now that group of labourers coming from among their vines; and that village half-hid in the recesses of the mountain. Oh! surely the spirit that inhabits and guards this place has a soul more in harmony with man than those who pile the glacier or retire to the inaccessible peaks of the mountains of our own country.” 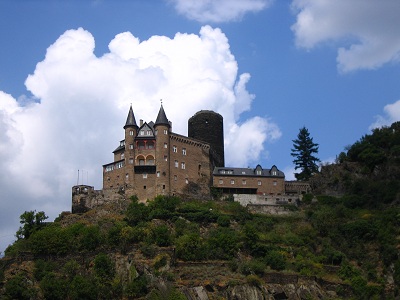 The art and passion of reading well and deeply is waning, but Austen still inspires people to become fanatical readers. We read Austen because she seems to know us better than we know ourselves, and she seems to know us so intimately for the simple reason that she helped determine who we are both as readers and as human beings.

There is nothing more radically activist than a truly spiritual life, and there is nothing more truly spiritual than a radically activist life. If you fight for peace with an unpeaceful spirit, you guarantee that unintended consequences will trump your intended ones. If you struggle fora sustainable economy with unsustainable effort, you guarantee your own failure. The earth’s outer ecology will, inevitably, mirror our inner ecology. So there can be no lasting poverty reduction in society unless we grapple with greed reduction in the soul. If we want loving relationships, joyful communities, and peaceful nations in society, we must cultivate an inner fecundity of Spirit. That, of course, is no argument for passive pietism and quietism; it is, rather, a call to the most costly, radical activism, the one that calls us to be the change we want to see in the world. It is the call to be the light of the world — not merely to complain that the world is too dark. It is the call to be the salt of the earth — not merely to protest the world’s rottenness. It’s fruitless to argue being versus doing: you can’t do what you won’t be.

Symbolic perceptions allow us to see that the real meaning of a crisis lies in showing us what we need to learn about ourselves. To blame the other players in our drama for helping to teach us what we need to learn is the height of foolishness. If, for example, I need to learn what it feels like to have something stolen from me, then anyone capable of stealing will do as my teacher. Spending my life resenting a particular “teacher” — waiting for the moment when I can punish the thief or make him feel guilty for all my years of mourning my loss — ultimately interferes with my learning process.

Some of the most amazing people we meet are people with the worst personal stories. Their stories were their training grounds and the laboratories of understanding that became their greatest gifts to others. They discovered that once they digested and released the energy of sorrow and trauma, it was replaced by a large capacity for compassion, wisdom, and a passion to contribute to the well-being of others. The degree of personal greatness some people achieve is directly related to the amount of forgiveness they had to do. In this way, self-healing is intimately related to living a purposeful life.

Often, our deepest dream is an unspoken dream. We are unable to articulate it for fear that we are asking too much. God, listening with ears of the heart, is able to hear our unspoken prayer. Hearing this soul prayer and acting on it, God often seems to catch us by surprise. We do not expect to be taken as seriously as God seems to be taking us. When the Universe opens a door or two for us, we shy away.

If you are going to enter this divine dance we call prayer, you have to surrender your desire to be in control, to figure out how prayer works. 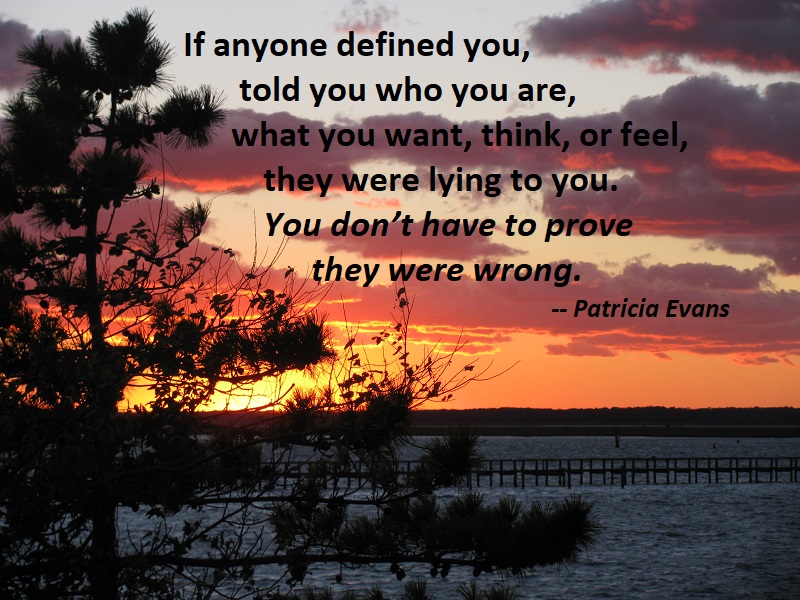 When you tell someone to stop defining you, you act from truth….

When you act on your truth, the universe supports you in such a way that sometimes obstacles are later seen as stepping-stones.

Forgiveness is a private process that we do for our own sakes, and there is no experience of hurt, loss, betrayal, or disappointment that is beyond our power to heal and resolve. When we forgive someone, we are saying that even though this experience of hurt (painful, difficult, unjust, abusive, and so on) has happened to us, we are going to completely release that pain and move forward without it. Even the most broken heart can be mended through forgiveness, and the steady practice of forgiveness throughout our lives will reframe for us the worst stories of our human journey. When we are wounded and suffering, an attitudinal choice lies right in front of us: will we feel and believe that we are victims of cruel fate, slogging through unrelenting and meaningless struggles? Or will we empower ourselves to take the opportunity to travel to higher ground, employing universal spiritual principles? In the hot laboratory of daily life, day by day and year by year — no matter how difficult it gets — each one of us has the power to transform our painful stories from those of a victim to those of a willing student of life. Like a master-in-training in a customized wisdom school, we can turn our wounds into wisdom as we complete each lesson of the graduate level course called Unconditional Forgiveness.