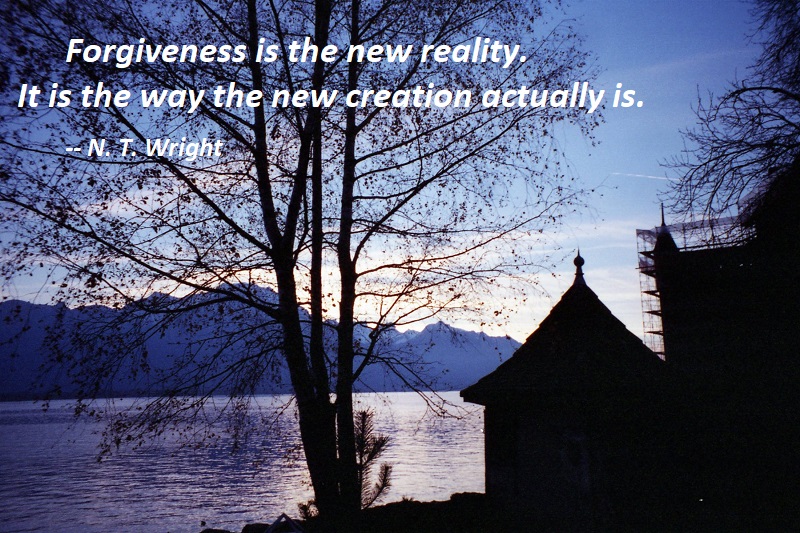 Something has happened, clearly, that has unleashed this new kind of power into the world. That something is the chain-breaking, idol-smashing, sin-abandoning power called “forgiveness,” called “utter gracious love,” called Jesus. It isn’t that first you have to repent and then, as a result, God may decide not to press charges on this occasion. It isn’t that somehow you thereby gain “forgiveness” as a kind of private transaction unrelated to the truth about the wider world. It is, rather, that forgiveness is the new reality. It is the way the new creation actually is. All it requires to belong to that new creation, with that banner over its doorway, is that you should turn from the idols whose power (did you but know it) has already been broken and join in the celebration of Jesus’s victory.