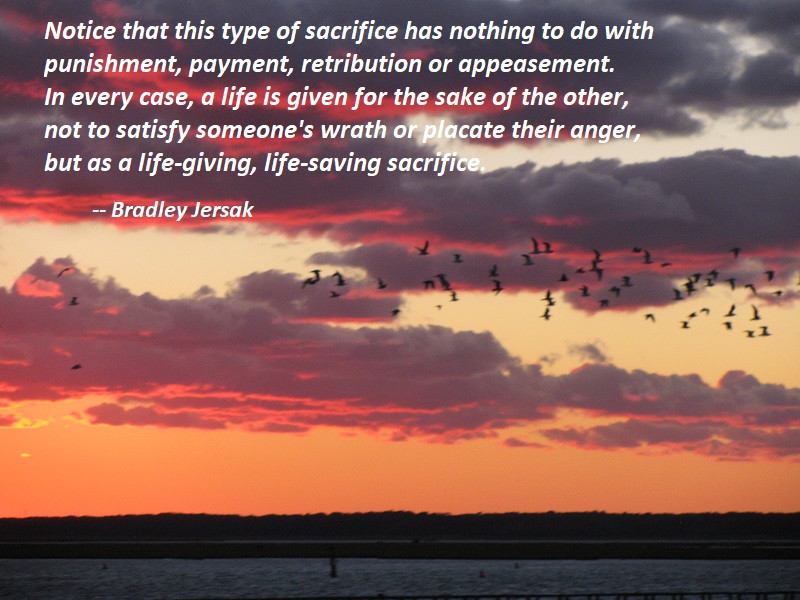 The meaning Christ attributes to sacrifice is simply this: laying one’s life down for someone else (I John 3:16). Anyone who gives their life to rescue another — whether it’s a fireman dying while pulling someone from a flaming building; a policeman who’s fatally wounded while rescuing a hostage; or a martyr stoned to death for preaching the good news — is ‘paying the ultimate price.’ Here, the metaphors are off the table. Here, sacrifice (laying down your life) is raw actuality — the events as they really happened.

Notice that this type of sacrifice has nothing to do with punishment, payment, retribution or appeasement. In every case, a life is given for the sake of the other, not to satisfy someone’s wrath or placate their anger, but as a life-giving, life-saving sacrifice.

When God sent his Son to earth to restore the planet, the sacrifice — his life, his death — was the costly offering of self-giving love. But unlike the fireman, policeman or martyr, Jesus’ sacrificial death allows him to rescue even the dead as well, because he brings them with him back from the grave!