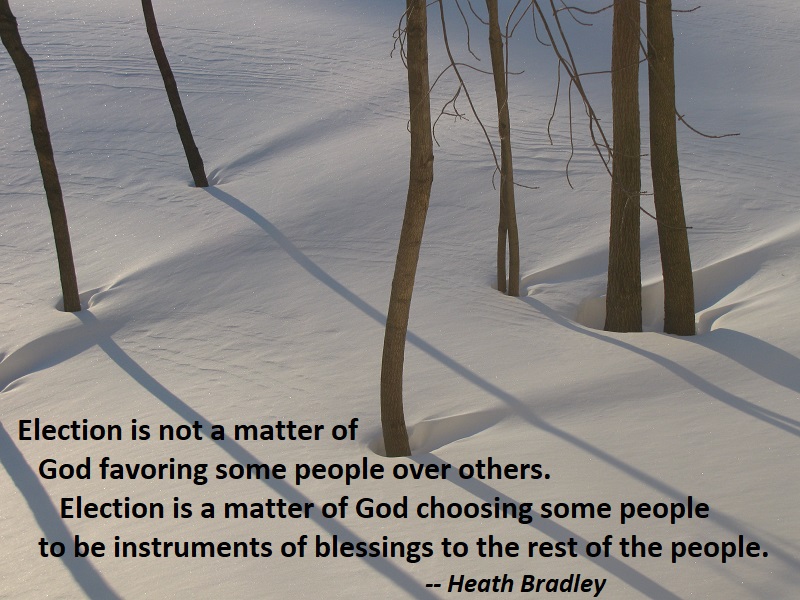 From the beginning of the biblical story of redemption, God reveals himself to be a God who is not concerned with only a small set of people in the world, but rather with all the people of the world. In fact, God’s particular election of the people of Abraham is for the universal purpose of drawing all people into the blessing of God (Gen 12:1-3). The Christian tradition has mostly missed this point in a huge way, and has instead talked about “election” as pertaining to the salvation of some instead of others. But in the biblical story, election is about a calling for the sake of others. Election is not a matter of God favoring some people over others. Election is a matter of God choosing some people to be instruments of blessings to the rest of the people. It is never about God choosing some individuals for redemptive privilege, but rather it is about God choosing a group of people for missional service. Throughout Israel’s history as it is told in the Old Testament, this point is consistently overlooked, as God’s people had a tendency to think of themselves as special or immune from judgment because of their “chosen” status. The prophets were a group of people that had to continually remind the people of Israel that they were called to be instruments of divine blessing, not recipients only, and that “their” God is really the God of all people.