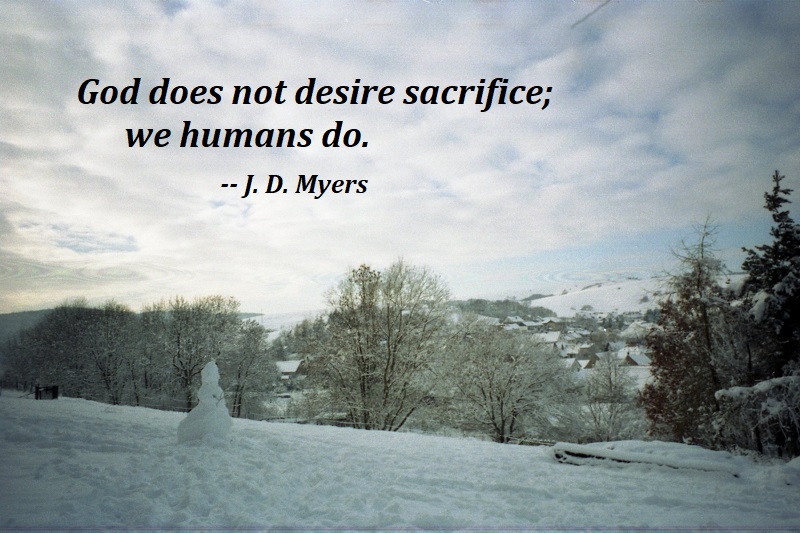 While it is true, according to the New Testament, that Jesus is our substitute, the important point in the New Testament is that Jesus did not die “in our place to appease God,” but rather died “in the place of all the sacrificial victims we have killed in the name of God.” Jesus did not die because God needed or demanded a human sacrifice. God did not substitute Jesus in our place. No, Jesus died because we humans demanded a human sacrifice, and God allowed us to kill His own Son so that we might finally see what we were doing when we killed others in God’s name. Jesus did die as a substitute, but He was a substitute for all sacrificial victims of the world. He died to reveal the truth about sacrifice. What truth? The truth that God does not desire sacrifice; we humans do. Jesus died to reveal how we kill others in God’s name and to reveal that the sacrificial inclination comes from within our own hearts, not from the heart of God. Jesus died to reveal these truths to us so that we will put an end to the making and killing of all sacrificial victims.