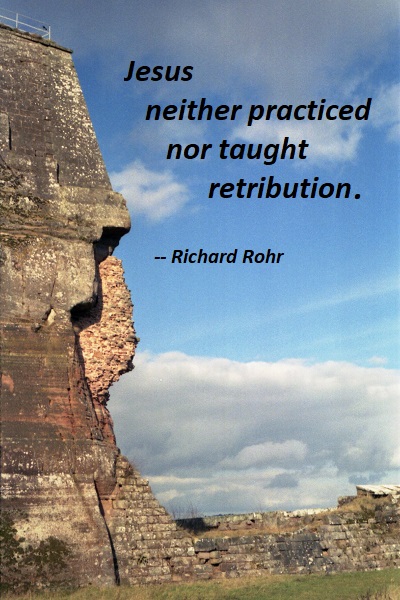 Such bad theology has its roots in organizing a worldview around the retributive notion of justice, as we discussed earlier, distinguishing it from restorative justice (a fancy term for healing). Jesus neither practiced nor taught retribution, but that is what imperial theology prefers — clear winners and clear losers. Top-down worldviews can’t resist the tidy dualisms of an in-and-out, us-and-them worldview. But Jesus roundly rejects such notions in both his parables and his teachings — for example, when he says, “Whoever is not against us is for us” (Mark 9:40), and that “God causes his sun to rise on bad as well as good, and causes it to rain on honest and dishonest men alike” (Matthew 5:45), and when he makes outsiders and outliers the heroes of most of his stories.