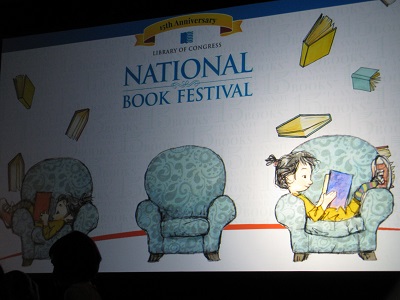 Today I went to the National Book Festival in Washington, DC!

I arrived a bit later than planned, and the session I had hoped to attend was already full. So I went early to another very interesting session: Rachel Swaby speaking about her book, Headstrong: 52 Women Who Changed Science — And the World. 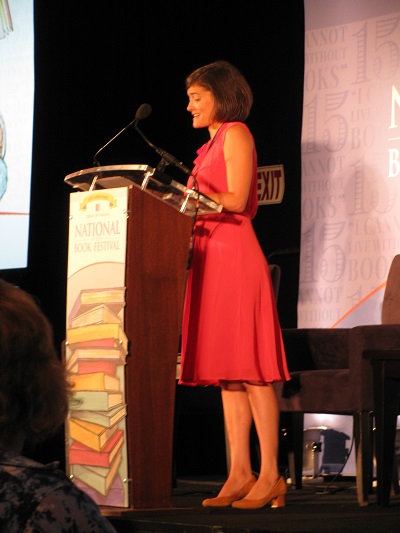 This may have been my favorite session of the day, in fact. Rachel Swaby was enthusiastic and full of fascinating anecdotes about the amazing women she researched.

She started by saying that when she told people she was writing a book about women in science, everyone mentioned Marie Curie. There are so many other fascinating and brilliant women who have done amazing things in science, and we don’t know about them! What difference would it make to our daughters to know about them?

A Danish woman seismologist discovered the metal inner core of the earth.
Sofi Kovalevsky had to be creative not only in her work, but to get to study at all. I liked the story about how her father ran out of wallpaper for her nursery, so he used lectures on differential and integral calculus, which his little daughter was fascinated by.
Another woman made a lab in her bedroom and did research on fertilized chicken eggs.
The women made their own spaces when they hit roadblocks.

Alice Hamilton was a journalist as well as a pathologist. She was a professor at Harvard before women were admitted as medical students — but she wasn’t allowed to participate in commencement.

The common thread among these scientists was grit, creativity, restlessness, ability to look at something with new eyes, seeing truths that were overlooked.

There was NO lack of possible subjects. But why don’t we know more about the achievements of women in science? 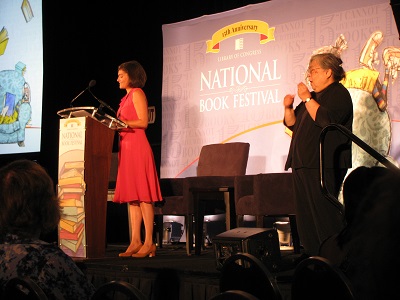 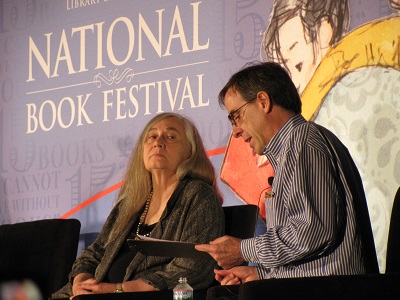 She talked about many interesting things. One that wasn’t a surprise is that she enjoys language and playing with language, which was how she started writing her first book.

When asked if she’s surprised such a quiet, theologically-infused novel has found such a large audience, she gave a good rule: There’s a tendency to talk down to your readers. Assume your readers are smarter than you are.

It’s interesting that it’s hard to find ministers in literature who are positive characters. Yet, as she pointed out, Americans in real life are deeply attached to our ministers. Churches throughout America are sustained because people love them. We tend to ridicule what we value, which makes us inarticulate about them.

We tend to think people who seem to be good are hypocrites. Why do we put a little thorn in there?

If we’re going to be realists, we should talk about reality — which does include prayer and actual admiration for people who teach us to live well.

After Marilynne’s talk, I went downstairs to the food court — and the Mathical Station. There I got a chance to talk with the author David Lubar, whose book, Numbed!, I read while waiting for the Metro today.

I also got a chance to leave my name with someone from the Mathematical Sciences Research Institute to tell them that I am tremendously interested in being on the selection committee for the next round of Mathical Awards.

I mean, how many children’s librarians are there who also have a Master’s in Mathematics? I also have experience on Cybils Award panels, have attended the William Morris Invitational Seminar on Book Evaluation, am a member of Capitol Choices, and have my own website of book reviews. And I’m a Math Nut. No one was more excited to hear about this award than me. I want to be part of it!

So we’ll see if this bears any fruit….

Next I went to hear Casey Schwartz talk about her book, In the Mind Fields: Exploring the New Science of Neuropsychoanalysis. 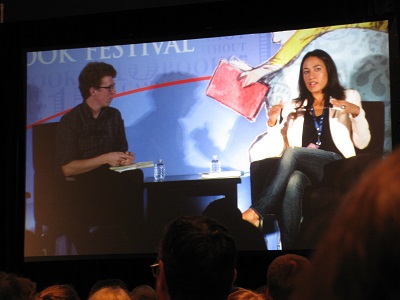 This sounds very interesting. It’s about combining the traditional field of Psychoanalysis with the current field of Neuroscience. She spent a lot of time with a pioneer in the field, who has shown that brain damaged patients who can no longer experience REM sleep still experience dreams. They’ve also found that emotional centers in the brain light up during dreams. Both fields are made richer by coming together.

Now I had gone to that session partly to get a jump on the following session scheduled in that room. I learned from my previous experience at the National Book Festival that it is most enjoyable for me to deal with the crowds by choosing a tent, getting a seat, and staying there for many speakers.

But alas! In the Convention Center they don’t let you do that. They cleared the room and let the people waiting outside into the room. By the time I got out of the room, I was too far back in the line and did not get to enter the room at all. So that was a disappointment. 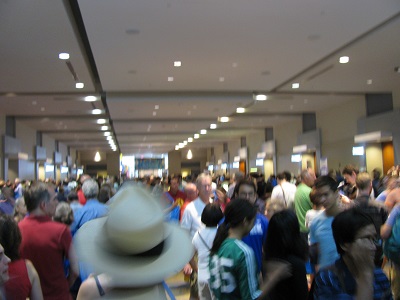 Instead, I caught the end of a session on Melting Pot America, led by Tom Gjelten, who wrote A Nation of Nations: A Great American Immigration Story, Erika Lee, who wrote The Making of Asian America: A History, and Ray Suarez, who wrote, Latino Americans: The 500-Year Legacy that Shaped a Nation.

They had many interesting things to say. One was that we forget that it’s always been hard to come to America. We forget that our own ancestors didn’t learn English instantly. We love our family histories — and our sepia-toned stories aren’t necessarily true.

They also said that though it’s always hard for the first generation, you do see dramatic changes in the second generation. There is an integrative power to American society.

For the final session (for me) of the day (Crowds were wearing me out.), I finally made it into the Children’s Pavilion to hear Gennifer Choldenko talk about her new book, Chasing Secrets.

She gave an extremely interesting talk about what San Francisco was like in 1900 and their ideas about disease. There was an outbreak of plague, but it was hushed up and denied by people in power.

She got kids involved by talking about what we would do if everyone started coming down with a mythical disease. The audience named it the Pink Paintbrush disease. You can see these kids had fun posing as doctors peddling vaccines. 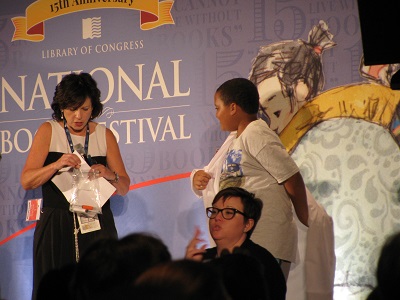 She had lab coats for them to wear. 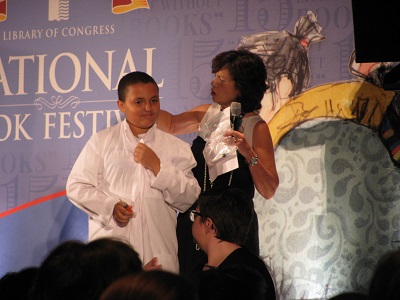 Actually, I was reminded why I usually hang out in the Children’s Pavilion — a little more playful and less serious! 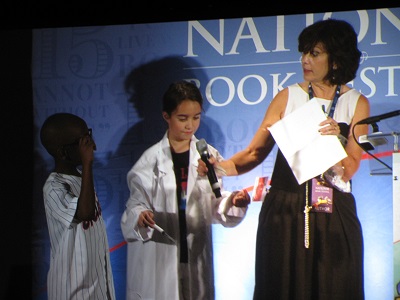 However, that was enough for me. The Children’s, Teen, and Picture Book Rooms were too small and seemed to be always full. As many kids were at the festival, this seemed short-sighted. Sure enough, they kicked me out of the room after Gennifer’s talk, and the line was too long for me to get into the next one. I decided it was time to call it a day. But it was a good day!