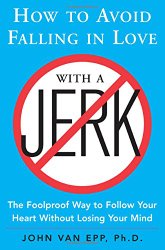 Okay, I’ll admit I don’t have vast experience. But I’ve been doing online dating for about a year now, and just the other night I figured out someone I was corresponding with was a total fake.

I thought I would imitate my friend, who when she gets an email scam letter, posts the letter on her blog, with addresses, to warn others away.

I am on OKCupid. I like that dating site a lot, because I like that *you* choose what questions you have answers to, and you tell the program which questions are most important to you. There’s no “patented match formula” that’s mysterious and magical — and didn’t turn out to seem terribly good in my case.

I will say, right up front, that I met one man through OKCupid whom I dated for two months and liked tremendously. I’m still friends with him, and I am still friends with his friends — and meeting him feels like a huge win for online dating, even though I’ve communicated with some scammers since.

My first tip, which would have ruled out the first scammer I communicated with, “Dejan Dimitrevi,” supposedly from the Netherlands but living in Virginia, is this:

1. Don’t correspond with anyone who hasn’t answered at least 100 questions.

That sounds like a lot, but these are multiple choice questions. It is easy to take a little time and answer them. I have a draft response written out which I paste into a message for people who correspond with me who haven’t answered very many.

Commonly they’ll say, “ask me anything,” but when you’re asking in a message, they can answer what they think you wish to hear.

I’ve answered many, many questions and marked the ones important to me. If someone has some of my dealbreakers, why go on? It’s the beauty of OKCupid to know up front where they stand. However, if they don’t answer the questions, you don’t have any of that information.

Now when I say “communicated with some scammers,” no one has ever asked me for money. I have corresponded with some people who probably would have asked for money eventually — but we didn’t get that far, because I followed the principles in the book How to Avoid Falling in Love with a Jerk, by John Van Epp.

It’s a wonderful book that my sister gave me last year for my 50th birthday. I really hope some day I’ll get to apply the principles to a dating relationship, but for now, they have stood me in good stead for dealing with potential scammers.

And this last experience, with someone who calls himself “Ron Francher” (I use the name in case he still is trying to scam other women with this identity.) consolidated in my mind some more Tips for Dealing with Potential Scammers:

2. Don’t make any commitment to someone you don’t know and haven’t met.

This one is straight from the book How to Avoid Falling in Love with a Jerk. It was this principle that eventually made “Dejan” lose interest.

“Ron” sent me this long paragraph, when we had only exchanged a few emails and had certainly not met:

Since we met on Okc, will you still be on the site checking out other men and corresponding with them? If so, then I am not your man. I think it only fair that if we are to truly find out if we are the one for each other, then we need to concentrate on each other without the distraction of others emailing us for our attention. If you are not in agreement with this, that is truly fine and you must follow your heart to search for the one right for you but please do not do it at my emotional expense. For two people to truly experience the wonderment that is defined by falling love, then love can only happen when no others are involved. Building trust, for me, is the core foundation for a long, loving, lasting relationship. If I found out you were corresponding behind my back or seeing another, my faith in you would be gone and our budding relationship finished before it got started.

Ummm, excuse me? We had not even met!

Yes, we would need to build trust — but I am not going to trust you until I find out if you actually are who you say you are.

I confess, I still hadn’t figured him out. Then after a few more emails exchanged, when I said, if you want me to commit to you, let’s meet first, he said, oh, we could not meet for a few *months* because he was preparing to be deployed to Damascus for a classified mission with the US Army.

And I *still* didn’t quite get it. But I thought the whole situation felt fishy, so I ran it by my friends. And that’s my next tip:

3. Run everything by your friends!

I explained the situation to my friends, and that I was cautiously optimistic about this man I was corresponding with. He grew up in France (so he said) but had been in America for 40 years and in the US Army for 35 years.

I wasn’t going to commit to him, but I was okay with corresponding a couple months…

However, a friend who is former military heard the basics and got very alarmed. He pointed out that someone in the military should not and would not mention a classified mission to someone they’d never even met — but a scammer certainly would.

I admit, I had been a bit flattered “Ron” would tell me about his mission. I had emailed back that I’d pray for him (but that I would not commit to him exclusively while I was waiting).

Another friend who is a romance novelist told me that the character sounded suspiciously like a character written for a romance novel, to be attractive to women — French accent, special forces, widower, lost his only son, grandson in Paris.

Their concerns made me start thinking harder. Even if he *were* telling the truth, wasn’t it rather deceptive to tell me he expected an exclusive commitment and only later say, Oh by the way, we won’t be able to meet for a few months?

My former military friend also pointed out that given the description “Ron” had given me in an early message, he would have to be a general officer. Here’s what “Ron” said:

I was commissioned in the U.S. Army in June 1979 as an Armor/Tank 2nd Lieutenant. Later, I received a Master of Science in Systems Management from the University of Southern California. I have commanded units at every echelon from platoon to division, with duty in Germany, Haiti, Iraq, Afghanistan, Africa and the United States. After my first assignment with the U.S. Army Europe, I was assigned to Fort Bragg, N.C, where I commanded a Special Forces Operational Detachment Alpha in the 5th Special Forces Group and an Infantry company in the 82nd Airborne Division. My retirement is due by the end of July and then the would will be my oyster.

My friend had some contacts still in the military who would have to know someone in such a position. Would I like him to check?

I also know enough about the military that I knew an officer commanding divisions would make the news when he takes command. I googled “Ronald Francher” and didn’t get anyone who fit this description. I checked a library database, RefUSA, and he still didn’t come up. If he were really such a high-ranking officer, this was highly unlikely.

He went six days without emailing me, so I thought I’d discouraged him by not promising commitment. However, then I heard from him again. I had asked about his late wife. He told me they met in France (when did he have time for that?) and dated two years before marrying (earlier he’d said one year). They were married for 11 years. He’d already said she died 7 years ago.

So how on earth does he have a six-year-old grandson living in Paris?

Okay, with all that I was awfully sure he was telling me a story. Where I finally became absolutely sure this was the case was when I thought to do this:

5. If only one part of his background is grammatical, google keywords from that description.

Bingo! I got the biography of Major General Seward, with about half of “Ron”‘s bio copied verbatim.

Googling from what’s left: “every echelon from platoon to division”

I found the rest of the bio he cobbled together into his “own” from General John F. Campbell.

I no longer have any doubt. I’m not going to answer any more of his emails (coming from rfrncher16@gmail.com) — unless he asks for money, in which case, my answer will be: LOL

So — today someone contacted me who said he grew up in Lyon, France.

I refrained from letting him have it and instead sent him my standard response for those who have answered fewer than 100 questions.

There are some good men out there. I know it’s true.

But I’m going to have to meet you before I will make even the slightest commitment to you, thank you very much.