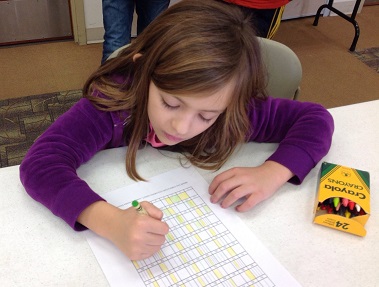 I’m super excited about something I’ve been working on lately — posting Mathematical Coloring Sheets on my Sonderknitting webpage.

Why Sonderknitting? Because the ideas in the coloring pages come from my mathematical knitting projects, which all began with my Prime Factorization Sweater. 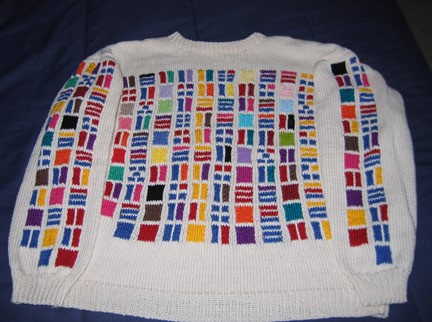 I wore the sweater to the library today, for our Family Math Games event. (We have lots of board games and card games that build math skills and ask only that parents play with their kids.) I also printed out some copies of the Prime Factorization Coloring Sheet — the one that matches my sweater — and brought some crayons.

A girl named Ana who is a regular at our Crazy 8s Math Club was there. She got tired of playing games with her little brother, and her Mom showed Ana the coloring sheet, and Ana became the first actual child to color one! 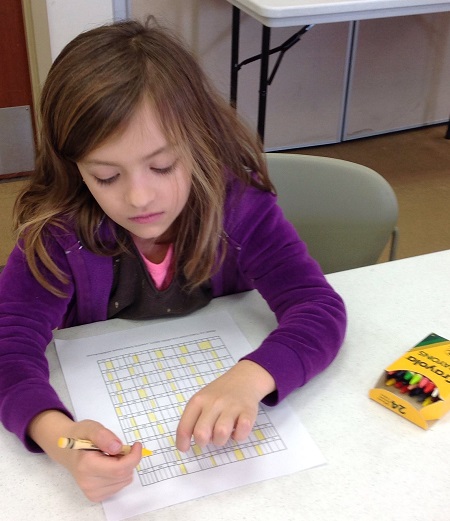 I explained the idea to Ana, using my sweater as a visual aid. 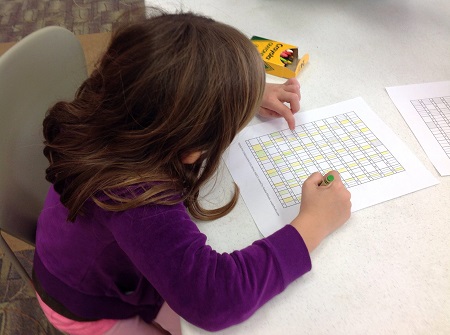 I can’t tell you how happy it made me to hear what she’d say as she was understanding how to do it (“Oh, I see!”) and seeing the patterns come out.

I think Ana’s in 2nd grade (Crazy 8s is for Kindergarten to 2nd grade.), so she can’t have studied much multiplication in school yet. So it made me all the happier to see the wheels turning and the connections forming.

But my favorite thing she said? “I like this! This is fun!” 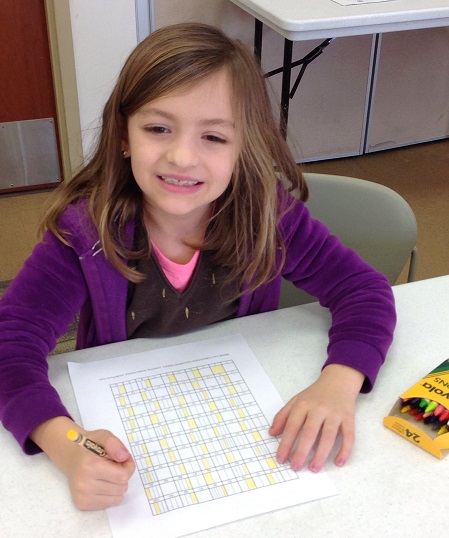