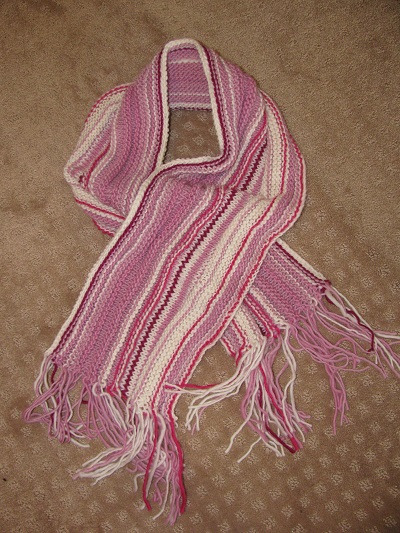 The first one I made was designed to highlight outliers to show that outliers are what makes the world beautiful.

For this one, I only wanted to show the Normal Distribution. I decided to knit it the long way so this time I wouldn’t have to sew any ends in.

I took colors from light to dark, in shades of pink. Colors B and C were a little closer than I wanted them to be, but it still gave the idea. 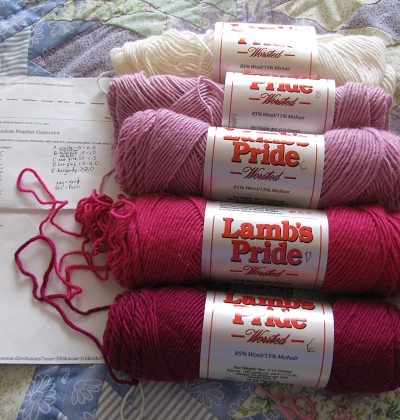 I generated numbers from a normal distribution and made a big list. For positive values, I purled the row, and for negative values, I knitted — so those values should be about even, making random ridges.

For the color, I used the absolute value, from light to dark. Since the normal distribution is a bell curve, there should be many more values in the lighter colors. 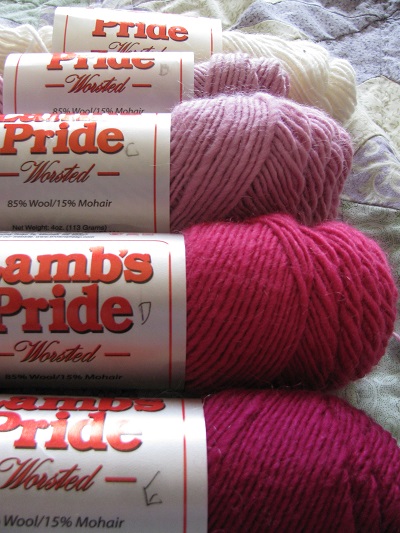 Naturally, I used a lot more of the lighter colors. So for my next project after my current one, I think I’m going to do another normal distribution scarf, but this time reversing the values. So the new scarf would be mainly dark colors with light highlights.

In fact, if I weren’t using pink (maybe purple or blue), it would be fun to make scarves for a couple this way. Use dark, staid, sedate colors for the man, with light highlights. Use pastel shades for the woman — with dark highlights. [Hmmm. If I knit a scarf for a boyfriend before he exists, would the boyfriend jinx not apply?] 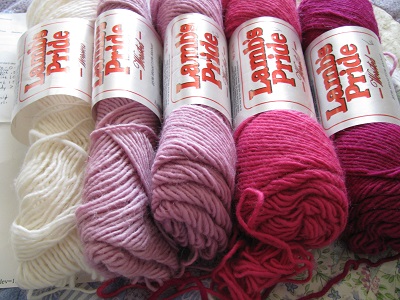 In this version, the lighter colors were more prominent.

Here’s a view of the scarf draped over my couch, showing both sides. 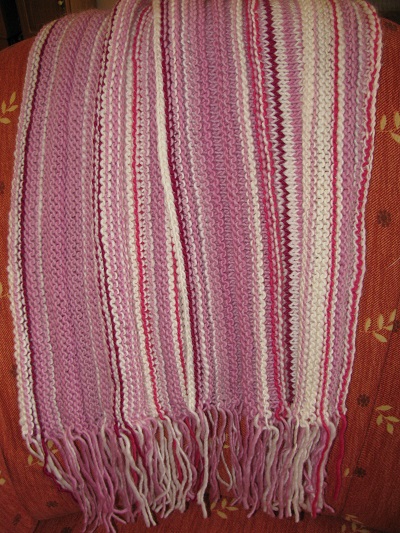 The different look has to do with where the knits and purls were placed and which side has a ridge and which is smooth. 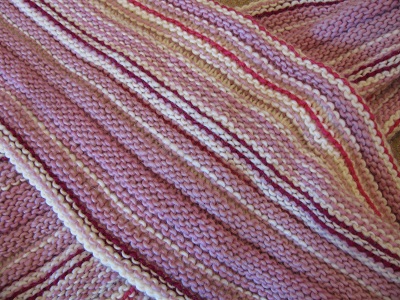 I like the way the color combinations turned out so pleasing. 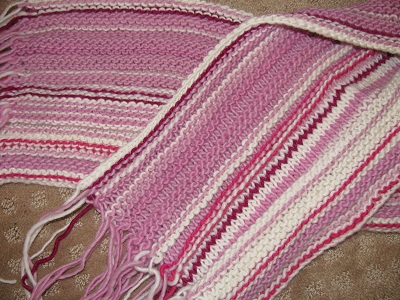 The only real problem is that the scarf is made out of wool, and it was almost 100 degrees outside today. So for now, I’m going to have to enjoy it draped over my couch rather than wearing it. I’ll look forward to this winter! 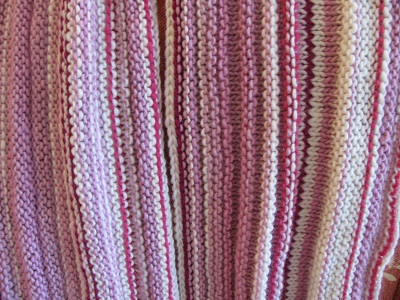 Update: I made an opposite scarf to this one, also generating random numbers and using the same exact yarn, but going from dark to light. Together, they make a matched set, so I gave them to my daughter and her wife-to-be!