I’m doing a series on 2012 Sonderbooks Stand-out Authors who are returning to my list, in other words, my Favorite Authors. Four different authors have a total of 5 Stand-outs, and tonight I’ll be featuring Garth Nix.

Some books are so good, I can always remember the experience of reading them the first time and where I was when I read them. I remember reading Sabriel on Christmas vacation, when our family was driving from San Diego to Phoenix. It had been recommended to me by both my son and my husband, and I was blown away by how good it was.

Of course, when I got home from the trip, I immediately had to read the next two books, Lirael and Abhorsen. In a way, I was lucky I’d taken my time getting around to reading the first one, since they were all published by the time I did, and I could devour them as fast as possible. (Rats! Just writing about them makes me want to read them again! I don’t have time to put my life on hold right now, since I’m buying a house. I will have to resist!)

All three books of this series made my 2004 Sonderbooks Stand-outs in Young Adult Fantasy. Sabriel was #3, and Lirael and Abhorsen were #9 and #10, respectively. 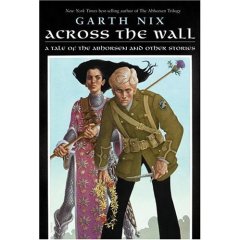 I still hadn’t had enough of Sabriel’s World, and when a book of short stories and a novella came out in 2005, Across the Wall, it made my 2005 Sonderbooks Stand-outs, #6 in Young Adult Fantasy.

Finally, this year, Garth Nix is back on the list, this time with something totally different, a Science Fiction story rather than a Fantasy. I listened to A Confusion of Princes on audiobook, and I was completely absorbed, almost too absorbed for driving! On my 2012 Sonderbooks Stand-outs, it was #8 in Young Adult Fiction. (I didn’t divide the genres this year.)

Another cool thing that happened this year, was I got to meet Garth Nix at the Margaret Edwards Luncheon! (And, yes, he’s Australian, so he has a cute accent, too!) I was sad that I had not yet read A Confusion of Princes, so I couldn’t tell him how great I thought it was. Anyway, now I’m telling all my readers: Garth Nix’s books are the sort you will remember forever. Stand-outs after one year, but also after eight years. 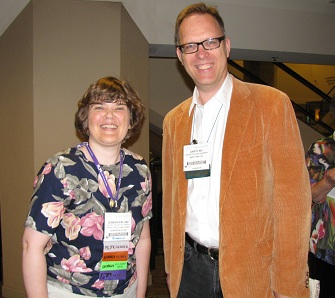