Odyssey Award for Excellence in Audiobook Production
For children or young adults published in the US
Chair: Dawn Rutherford
On the committee you develop “Odyssey ears” So tuned to production notes
463 audiobooks screened.
More than 340 hours of listening each. 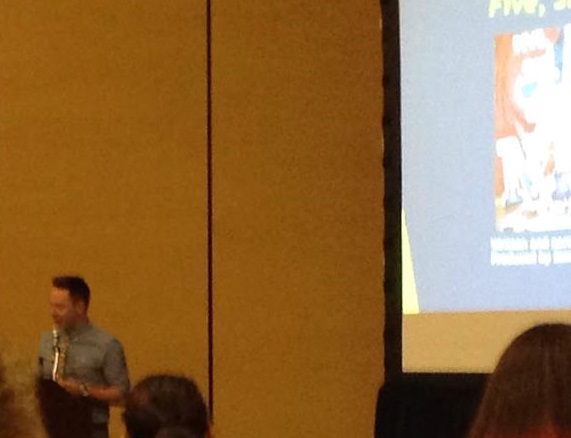 Five, Six, Seven, Nate! by Tim Federle, narrated by Tim Federle
Tim Federle lived in the Bay Area when he was a child.
Our job as adults is to take our childhood weaknesses and turn them into strengths.
His weaknesses:
–Had a lisp.
–Had a sense of humor that got him sent to the principal’s office every day.
–Was a boy who loved musical theater
Becomes a platform instead of a demerit. 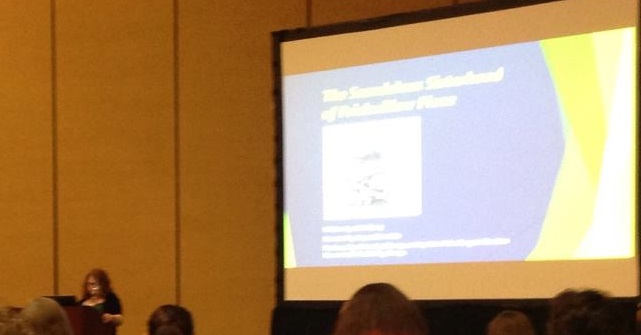 Books are like oxygen to a deep sea diver (from Flavia DeLuce)
In the theater, instant feedback. No immediate response with audiobooks.
Alone with the book — favorite place to be.
Proves the back and forth conversation, if not as immediate, is still alive.
As an only child, she was practically raised by books.
With this book, the book led her, rather than the other way around.
They had to pause it often because she was laughing too hard.
When she moved to LA, she cried out, “If only I could be paid to read.”

A Snicker of Magic, by Natalie Lloyd, narrated by Cassandra Morris
heard a clip

Dion and Christopher:
They read the whole book.
Christopher Myers:
One of the things authors get from ALA is to get outside the studio and get to see the people you’re talking to.
But this book was a conversation. They got to speak and listen both.
The Odyssey Award is about the skill of listening.
The Supreme Court decision was about listening.

Dion Graham: It is a conversation. What we do is about finding ways of listening to each other.