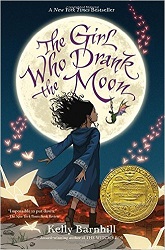 My library system did a blog post about my getting on the 2019 Newbery committee. I went on too long, so it was heavily edited and made much more readable. Here’s the unedited original version, where I explain how long it took and why I’m so thrilled to be on the Newbery committee at last:

My name’s Sondra Eklund. I’m Youth Services Manager at City of Fairfax Regional Library, and I was recently elected to the 2019 Newbery Award Committee, and I’m so excited!

What does this mean?

I’ll be reading as many books as I possibly can that are published in 2018 in the United States by American authors for children ages 0 to 14. At the start of 2019, I will meet with 14 other people in a locked room, and we will choose the winner of the John Newbery Medal – for the most distinguished contribution to American children’s literature published in 2018. We will also decide if we want to name any Honor books which are also distinguished.

Committee deliberations are top secret, and I can never reveal what goes on in the room where it happens. During the reading year, I can talk about which books I like, but I cannot write about any eligible books online, and I must never give any indication of what books the committee is considering.

After the award has been announced, I can post reviews of books I enjoyed if I wrote the reviews before any committee discussion happened. But above all, I can give my opinion, but never “the committee’s” opinion – except in the announcement of the winners.

Now, as you can imagine, there are many, many children’s books published in America in any given year. This is where library customers and staff can help. I’m going to read as many books as I can, and other committee members will read as widely as they can. There is a nomination process during the year, so committee members will formally nominate, from our reading, which books we will consider in the final deliberations.

But just in case some good books get overlooked, if you or your children read an especially good children’s book published in 2018, I hope you’ll let me know! Our first job as committee members is to read as widely as possible, and you can help tip me off if there’s a book out there you want to be sure gets read. I hope to visit some local schools and talk about how the process works and get the kids on the lookout for good books as well.

How did I get on the Newbery committee?

Eight of the fifteen committee members are elected by the membership of the Association for Library Service to Children (ALSC), a division of the American Library Association (ALA). The chair and six other members are appointed by the ALSC president. I was elected to the position, and here’s how that happened:

I became a librarian as my second career. (I used to teach college math, but then got to work in a base library in Germany and fell in love with libraries.) But I have always loved books and especially children’s books.

I began writing Sonderbooks.com, a website of book reviews, in 2001. As I was getting my Master’s in Library Science, in 2007, the ALA Annual Conference came to Washington, DC. I went to the conference and was thrilled to attend the Newbery/Caldecott Awards Banquet. I got to hear Susan Patron give her acceptance speech for the Newbery Medal given to The Higher Power of Lucky.

That was when it dawned on me that I was now a member of the group that awards the Newbery Medal! Was it possible I could become part of the award committee some day?

Then I discovered School Library Journal’s Heavy Medal blog – with speculation each year about who will win the Newbery Medal for that year. When they posted the link to the Newbery committee manual, and I read every word, I knew this was something I should pursue.

Not long after that, I learned about an invitational seminar to train ALSC members to serve on the media evaluation committees – like the Newbery committee. I applied – and was not accepted. But I kept on applying (the seminar only happens every other year), and the third time was the charm. I attended the Bill Morris Invitational Seminar on media evaluation in Dallas, Texas, in 2012.

At the seminar, we heard from past chairpersons from various award committees. They gave us many pointers for serving on these committees and we got to enjoy some practice discussions. They also advised us to get involved in other ALSC committees and to put our name into the hat for award committee service.

Then – I missed being elected by 15 votes! (Out of about 800 ballots cast.) It was already too late to get on the ballot for the following year, so I very sadly gave it a rest and worked on other ALSC committees.

I also became a member of Capitol Choices, a DC-area group of librarians and other children’s book folks who meet monthly and choose the 100 best children’s and young adult books of the year each year. Their discussion is great practice for the critical evaluation necessary in award committees, and there are several past members of award committees in the group.

I was still publishing my website of book reviews, so I also applied for and got to be a Cybils judge. The Cybils Awards are Children’s and Young Adult Bloggers’ Literary Awards. I have served on panels for Middle Grade Science Fiction and Fantasy, Fiction Picture Books, and Young Adult Speculative Fiction. I’ve enjoyed the intense reading time – though this only lasts for two months, unlike the Newbery reading, which will last for a year. One of the things I learned from this work is that different people have different tastes, and other children’s literature professionals will appreciate things I didn’t see about certain books. But working together, we can make some great choices.

When March 2016 rolled around, I decided I was ready to try again. I gave my name for consideration to be on the Newbery Award Committee ballot. This time, I made a web page with my qualifications and printed cards to pass out at ALA Midwinter Meeting and the ALSC Mini-Institute that happened a couple months before voting.

I did have forms to sign and policies to agree to – mostly about secrecy. But as soon as publishers start publishing books for 2018, I am ready and excited to read and reread and to work with the other committee members to determine which is the most distinguished American children’s book published in 2018! Stay tuned in 2019 to find out what we choose!

And if you read an American children’s book published in 2018 that you think is particularly distinguished – send word to Sondra Eklund at City of Fairfax Regional Library! You might have just helped discover the next Newbery Medal winner!