I finished my Fibonacci Blanket to give to my little niece Meredith! 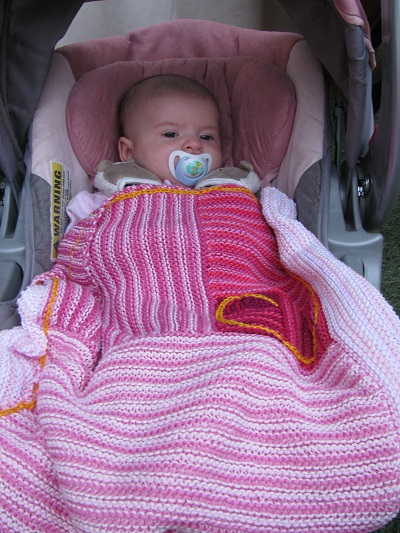 The blanket is a Golden Rectangle, with a Golden Spiral, based on the Fibonacci numbers. 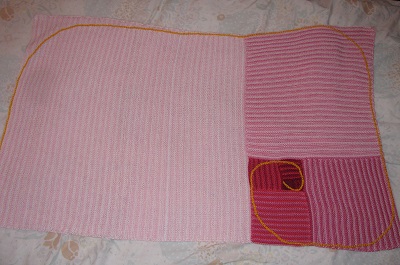 Here’s how the Fibonacci sequence works. You start with 1, then each number in the sequence is the sum of the two previous numbers.

Spiral the squares around so that the sides of the new squares are always the sum of the two previous squares. This Golden Rectangle that results (all these squares together) is a pleasing proportion to human eyes. If you extend the Fibonacci series out and take the average of each number divided by the previous entry, it gets closer and closer to ?, phi, the Golden Mean. 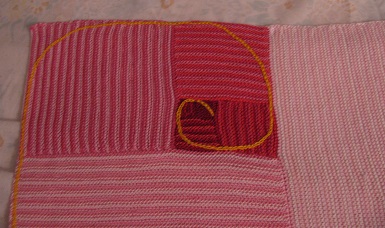 You can also make a Fibonacci Spiral inside the Golden Rectangle by inscribing a semicircle inside each square. My semicircles aren’t perfect in this blanket (I eyeballed them.), but I think it gives the idea.

That was the pattern I used for the rest of the blanket. Mirroring the Fibonacci Sequence, I used a color from each of the two previous squares and added a new color representing the new square.

Then I crocheted a chain-stitch Golden Spiral on the finished blanket. 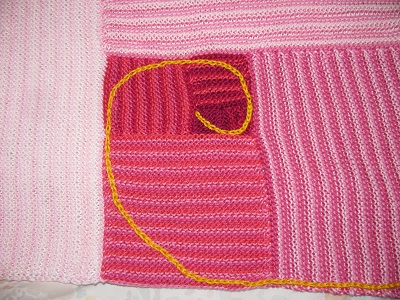 I did the blanket in garter stitch, since that stitch is the best for squares. If the number of ridges and number of stitches are equal, you’ll get a square.

Best of all, the colors turned out very pretty for my lovely niece Meredith! 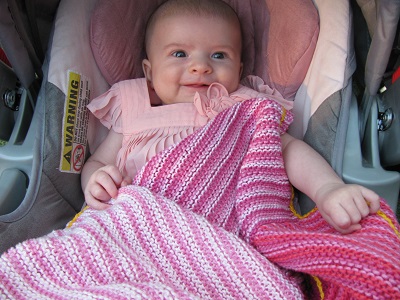