I did some more mathematical knitting for my new niece Kara! 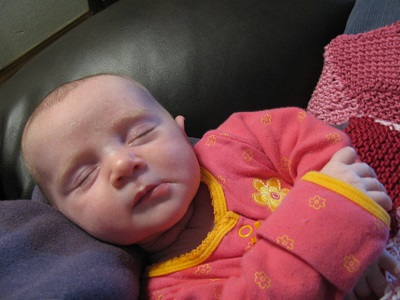 I took numbers from a normal distribution, using the generator at random.org.

Then I chose five colors in shades of pink, since we already knew Kara would be a girl.

For numbers in the middle of the curve (part of the bell), I used lighter colors. (z-scores of -0.5 to 0.5) For every half a z-score, I used a darker color. For the true outliers, numbers with a z-score bigger than 2 (or less than -2), I used the darkest color – but I added a sparkly silver thread. 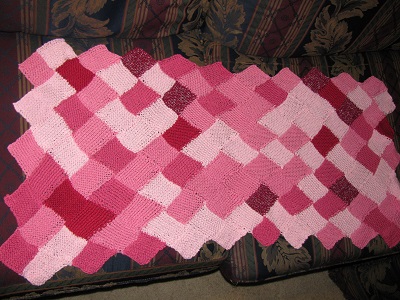 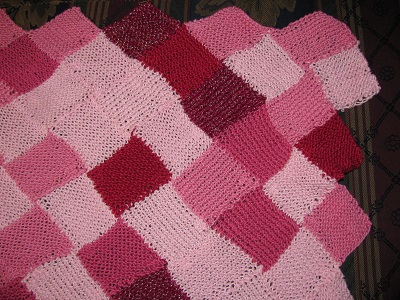 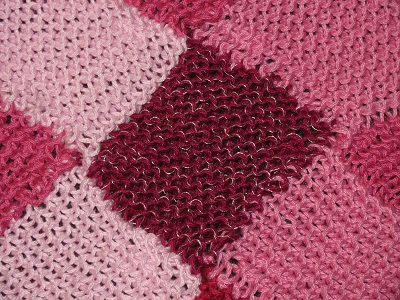 This is to show that the outliers are what make life beautiful.

And aren’t we all outliers in some way or other?

It was a huge treat to try out the blanket with Kara. It wasn’t as big as I originally intended, but with random numbers I was able to stop when I decided it was done. 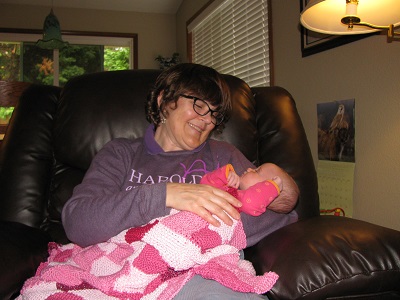 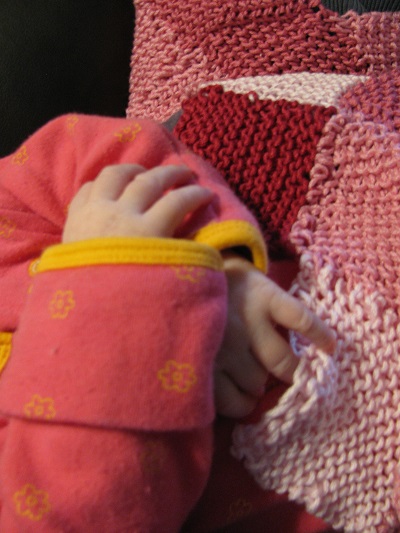 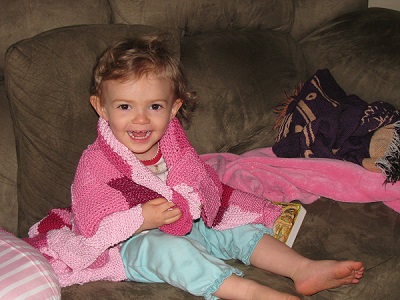