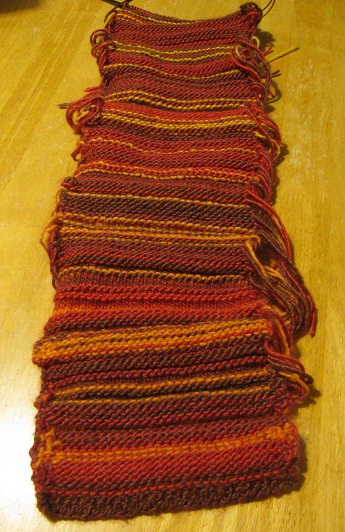 I recently posted an explanation of my Probability Scarf, where I simply rolled a die to decide which of 6 colors to use for each row of the scarf. 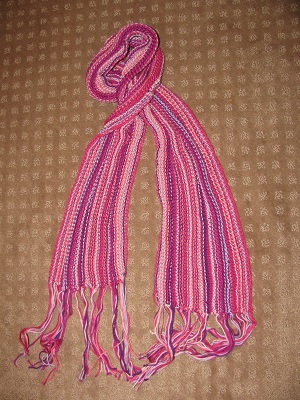 But that represents a uniform distribution, where each color is equally likely — a little boring. 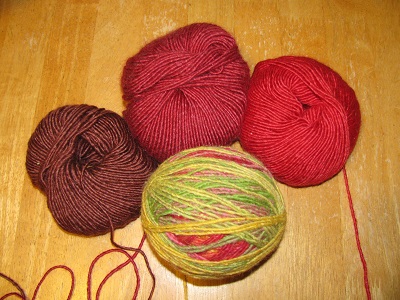 Brown is for the center of the distribution (numbers within half a standard deviation from the mean). This is where most of the data will fall.

The next color has a bit more red in it, but it’s between red and brown. This will be for numbers between a half and one standard deviation from the mean.

And finally — for the outliers — I bought a rainbow yarn. It turns out it changes colors very slowly, so you can’t necessarily tell that it’s rainbow-colored in the scarf, but it is bright and is slowly changing.

Also, about half the numbers are negative and half positive. I went with positive is for purl and negative is for knit.

And the point of the scarf? It is the outliers that make it beautiful! Yes, we need the nice middle-of-the-road, close to the mean folks — but the colorful ones are the outliers and add spice to life.

I’m planning to give the scarf to my daughter Jade, who has always been an outlier in several areas — and I fully believe that has a lot to do with why she is so wonderful. 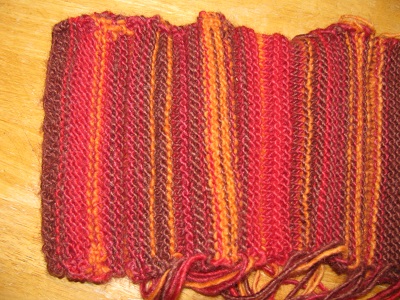 The scarf is turning out lovely. I plan to continue until I run out of one color. (I bought two skeins of the brown yarn.) Yes, I am going to have lots of ends to sew in when I am done! I’m planning to do a crocheted edging in brown to cover up some of that. 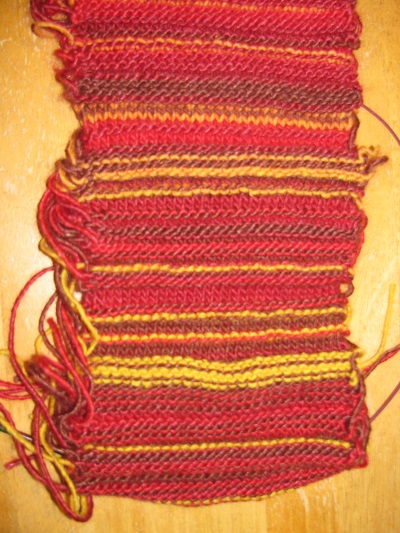 I’m gathering all my Mathematical Knitting links on my Sonderknitting page.