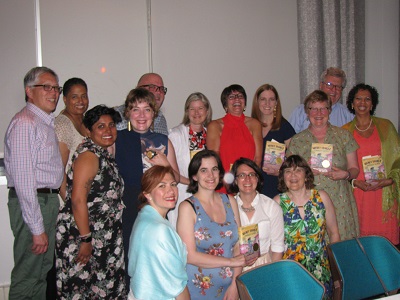 On Saturday of ALA Annual Conference, Candlewick Press hosted a dinner for the Newbery committee and the Newbery Medalist, Meg Medina.

It happened at a restaurant with a light and airy room. At first, we milled around and chatted. 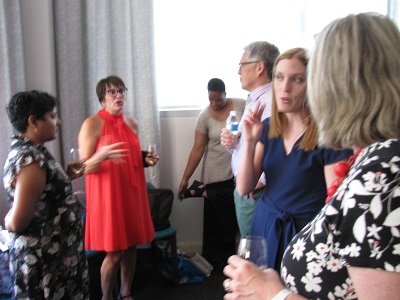 When we were seated, we were all at one big table, and this time we could hear not only the person next to us, but what anyone had to say. 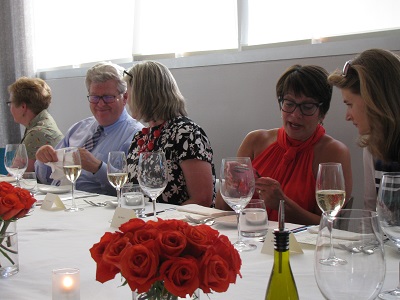 That night was extra special because after eating, we had a great big conversation together. First we asked Meg some questions.

She told us that one surprising result of winning the Newbery was that past winners got in touch with her. They urged her to learn right away to say No to speaking engagements and to take time for herself.

She told a fun story about when she’d been at a conference with Kate DiCamillo, who has won the Newbery three times. Kate called her hotel room and bought her burgers and talked her through a lot of things she’d need to think about. It was super sweet.

I asked Meg about a story she’d told a year before at a breakfast about Merci. I’d been mentioning this in my booktalks, I wanted everyone to hear it, and I wanted to make sure I had the details right.

It turns out that yes, the incident in Merci Suárez Changes Gears where a kid’s eyebrows had to be cut off to get out of a plaster cast really did happen! When Meg was a brand-new 6th grade teacher, she was super enthusiastic about projects. (She said that she was childless at the time, and the parents must not have appreciated it.) She had them transform the classroom into an Egyptian tomb.

She remembered the name of the boy they used to make the mummy case. They put garbage bags around his body, but for the mask, they forgot to put Vaseline on his eyebrows — and he had to be cut out. She said she used round-tipped scissors in hope she wouldn’t poke his eye out! Meg did a wonderful job of putting that mortification onto the page!

Meg also asked the committee questions. She had said during the initial call, “I know how little separates the books.” It turns out that she had once served on the National Book Award Committee — so she really did know how difficult the decision is and how a different committee would probably pick a different book, because there are so many good ones. She thanked us for picking Merci.

Next, Meg signed a new book for each one of us. 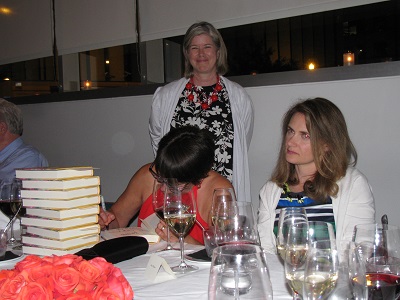 We’d also been given a bicycle bell in honor of Merci. It made joyous applause! 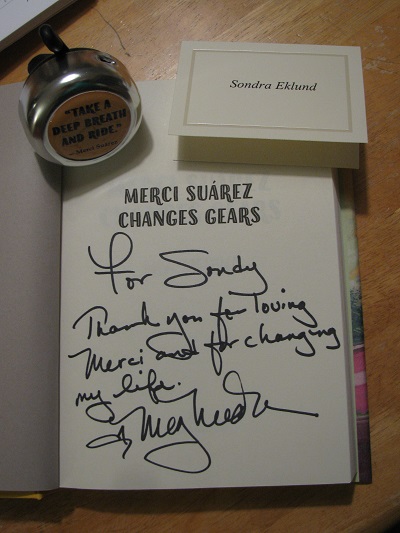 And the night finished with more talking and hugging and picture-taking! 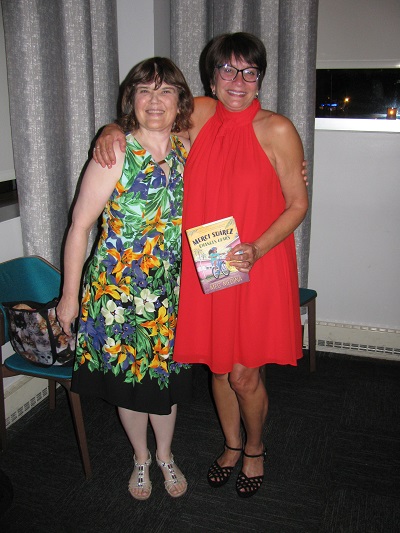