I’ve given you the play-by-play. Here’s my wrap-up of the splendid time I had at ALA Annual Conference, with the posts all in order.

Here’s what I came home with in my suitcase: 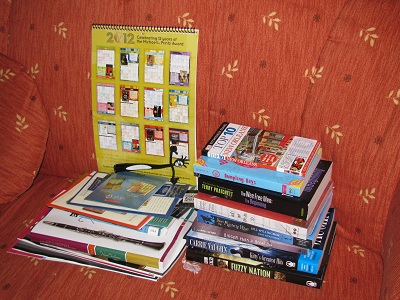 (I kept out Laurel Snyder’s Bigger Than a Bread Box, since I hoped to start on it, but I ended up having no time for reading except the book I’d started on the flight over.)

The first day is mostly about the exhibits, grabbing Advance Reader Copies, meeting authors, meeting other librarians, and being excited to be there. I was already thrilled about some of the books I had grabbed during the “Running of the Librarians” and meeting Laini Taylor. I was also already exhausted from waking up early to catch my flight.

Here are the books I shipped that first day: 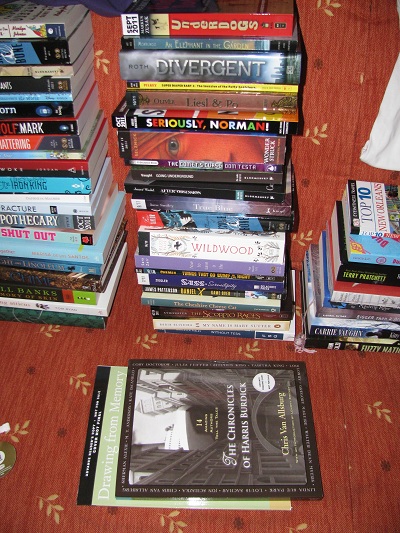 Day Two began with more time at the Exhibits and the HarperCollins Fall Book Preview, which I called More Book Frenzy.

Next came the most practical and helpful program I attended – “Readers’ Advisory Research and Trends.”

Saturday was finished off by attending the screening of the “Library of the Early Mind” film.

Here are the things I shipped Saturday morning: 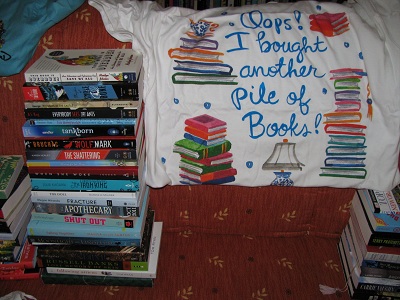 Sunday morning began with the YA Author Coffee Klatch.

Then more author signings and programs.

And the evening finished off with the fabulous and memorable Newbery/Caldecott/Wilder Banquet.

Here are the books I shipped on Sunday. I was beginning to show more restraint! 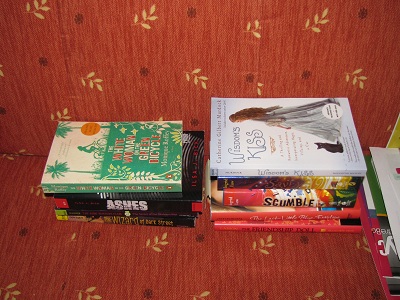 Monday started off getting to hear Marilyn Johnson speak.

Then I attended the Gala Author Tea.

And the grand finish to the entire conference came when I attended the Printz Awards.

Here is the oh-so-small shipment I sent on Monday: 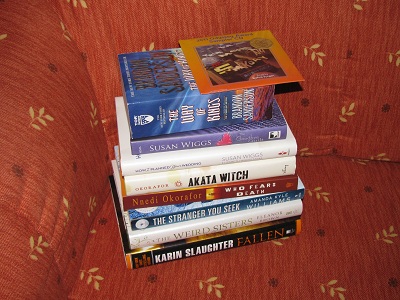 When I got home, the package mailed at the Post Office on Sunday (falling apart) arrived on Wednesday. On Thursday, the UPS packages were waiting on my doorstep when I got home: 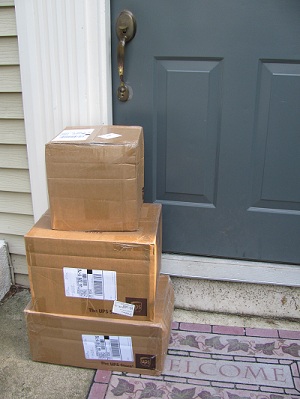 WAS IT WORTH IT?

So, what did I get out of ALA Annual Conference 2011? Was it worth it? I give a resounding Yes!

For me, the conference was mostly about Connections.

I made connections with other librarians and bloggers whom I’d only talked with online. And I also met again some librarians and bloggers I’d met before. If I start seeing them at conferences more often, we’re going to get to know one another. It adds something to the conversations I have online and gives me more people to discuss my work with. I’m also excited to start serving on my very first committee and meet some of the people on that committee.

And it was about Ideas. Ideas for better Readers’ Advisory, for better kids’ programs, for ways we can get the word out about libraries. Lots and lots of ideas are simmering in my mind after the conference.

And, yes, I must admit, it was about Books. Here’s a picture of all my loot gathered together: 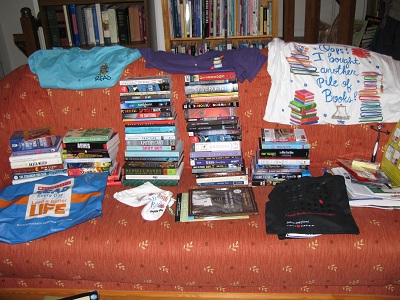 Now if I can only find time to read them all!