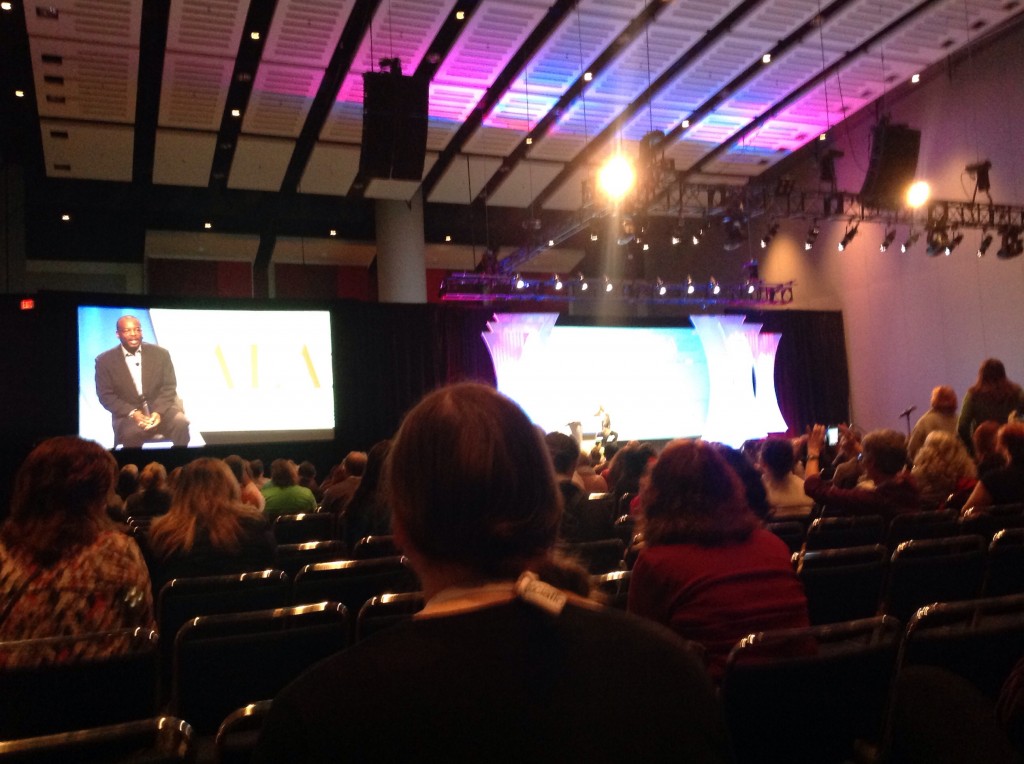 I was a little late today, but I got to hear LeVar Burton speak at ALA Midwinter Meeting in Chicago, while a blizzard raged outside.

Here are my notes. The ending part seems a little disjointed, because those were his remarks responding to audience questions.

His new book was inspired by Fred Rogers. He wants it to be a resource to talk with kids about tough times.

The Rhino Who Swallowed a Storm

He comes from a collaborative creative background — movies are very collaborative, so his writing was not a solitary journey.
The Rhino is one of the strongest in the animal kingdom. If a rhino can be brought down by depression, than all of us are susceptible.

He doesn’t understand the stigma of depression. It happens to us all.

Irma Jean Christian — His mother. Made him who he is.

She is the first of his storytelling mentors. A voracious reader.

A very important example to sell.

How often do your kids see you reading?

Do you know what your child is passionate about?

It is our passions that drive the self-selected activity of reading.

“If your child is passionate about superheroes, then, dammit, buy your kid comic books.”

In the act of telling his own personal narrative, he changed the way our nation looked at itself.
There’s a throughline in history from slavery through Roots through Barack Obama’s presidency.

The value of remembering that our heroes are you.
Seeing Nichelle Nichols on the bridge of the Enterprise that meant more than the world to him. Made him know there’s a place for him.
It was confusing that this great visionary was Neanderthal in his views toward women.
Our heroes are human — It’s important for us to remember this.
We must separate the man or woman from the myth.

Questions:
Thanks that a book recommended on Reading Rainbow was first book he checked out from the library — and now he’s a librarian.

Surprise from Rhino — Finished product is vastly different than what he planned. Didn’t expect it to be rhyming.

Favorite Children’s Books: Amazing Grace, by Mary Hoffman
He relates to Grace’s journey. He was often told there were things beyond his reach. His mother told him no limits were imposed on him. He got the best education available so he could compete with anyone.
Enemy Pie, by Derek Munson
Protagonist has a problem – an enemy who’s moved into his neighborhood. Father helps him solve that problem. At the end of the day, it is our own prejudice that gets in the way of us being open to some of the most wonderful experiences in life.

What are you most excited about for the future? Reading Rainbow was most backed Kickstarter or crowd-funded campaign in history. Every Child, Everywhere
Beginning in the US releasing the web product of the app. Reading Rainbow the app is a brilliant translation of the tv show to an app. Content is original digital books with a video — 2 new released every Friday.
In discussion to go to Latin America.

Why Bookmobiles? Because connection with the written word on printed paper is an essential aspect of what it means to be a reader.
There’s nothing like flipping open the pages of a book.

A thank you from a Mom who learned English along with her kids watching Reading Rainbow.

What would you say about the value of libraries?
Even in this age of technology, Libraries do one thing that no other institution in America does, and that is provide access to ALL. Everyone has access to the information that defines the quality of our lives. Period.

When Reading Rainbow started, people were asking if TV was the death knell of education of our kids. It has demonstrated that the content is what is important. 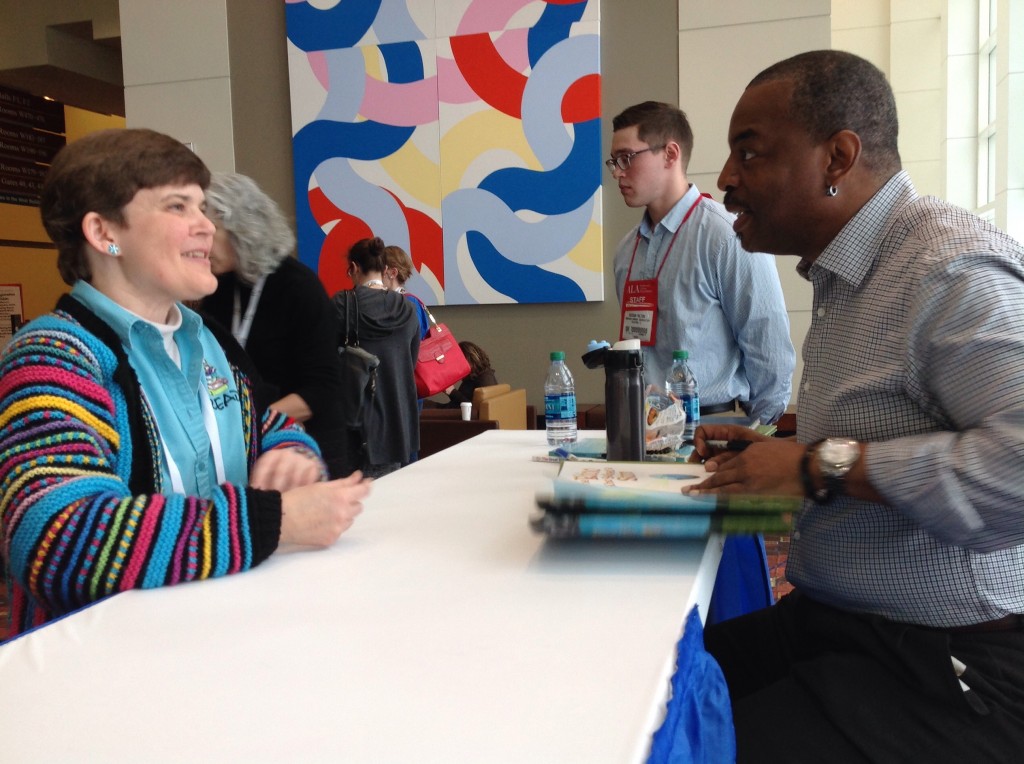